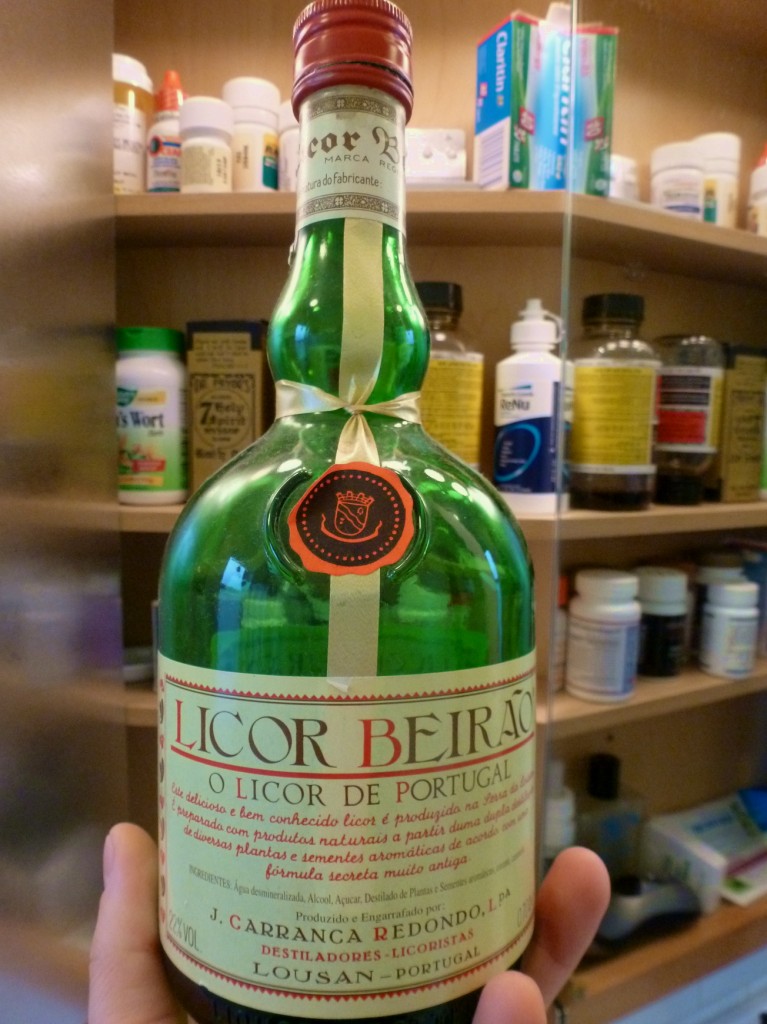 In any case, I became rather fond of Licor Beirão, which, like Jägermeister, is concocted with various secret aromatic herbs and originally intended to be medicinal. The drink was born in a pharmacist’s shop, and after it became illegal to advertise the medicinal properties of alcoholic beverages, the pharmacist’s son-in-law began producing Licor Beirão as a digestif.

According to the Licor Beirão website, the current owner’s father was afraid of losing his job at the liqueur’s factory, so, like any enterprising young man, he bought the factory. I suppose that’s one way to ensure your job is secure!

At 22% alcohol, Licor Beirão is much easier to sip than Jäger, and to my palate, it presents a much more balanced flavor profile. It smells sweet and caramelly, with a bit of bitterness, and though it initially feels syrupy on the tongue, some orangey acids kick in, preventing it from being cloying. The caramel/orange flavor then gives way to a bit of bitterness on the finish, mirroring the aroma.

For this tasting, I actually did try using it medicinally. After overindulging a bit at dinner, my upset stomach called out for a soothing digestif. Though I can’t prove a causal relationship, after a small glass of Licor Beirão, my stomach felt much more settled.

Licor Beirão can be hard to find. Toast Wines by Taste offers it for $22, and the company will ship to most states. This seems to be your best bet — most other online sellers appeared to be based in Europe.