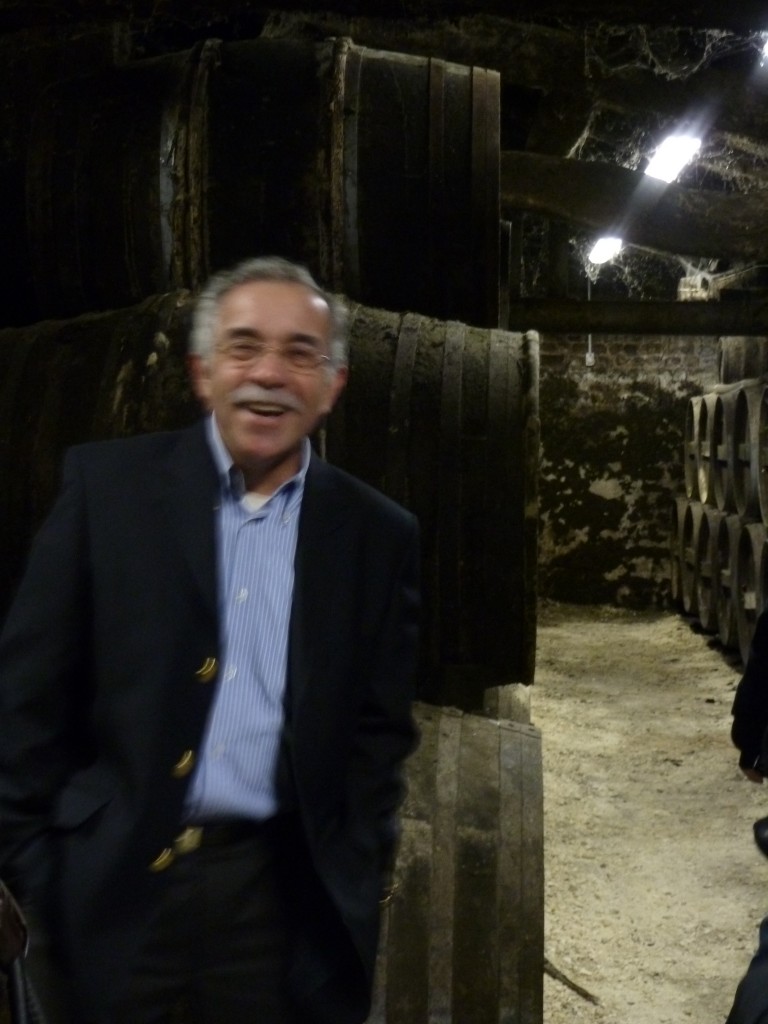 The sommelier at the Michelin-starred Pressoir d’Argent in Bordeaux had a great sense of humor, and a great philosophy about wine. “Anyone can put the famous Bordeaux names on a wine list, but I like to find the smaller, lesser-known chateaux which are producing something really interesting. I love being able to say, ‘Yes, you’ve never heard of this, but it’s great, and I think you’ll love it.'”

I also spoke with a young, down-to-earth sommelier from La Tour d’Argent, that bastion of classical French cuisine on the Seine in Paris. He shared this rather startling tidbit: “Yes, the French are supposed to know about wine, but you know, I think most French people don’t realize white Burgundy is made from Chardonnay, for example. It’s a myth.”

Monsieur Laporte agreed, noting that as much as Americans may feel intimidated by the French knowledge of food and wine, the French feel pressured to appear as if they know about food and wine. I found the anecdote he related quite illuminating:

Now the secret is out. Just as many people are scared of feeling intimidated by an overly sophisticated Frenchman, the French can be just as scared of not fulfilling the “sophisticated” stereotype. So if, on the off chance, you do encounter someone acting snobby, have compassion, and say, “I understand there’s a lot of cultural pressure on you to appear sophisticated, so it makes sense you’re acting like a know-it-all, because you’re scared your ignorance will be discovered.”

Or just tell them to go to hell.

5 Comments to “Regarding French Snobbery”