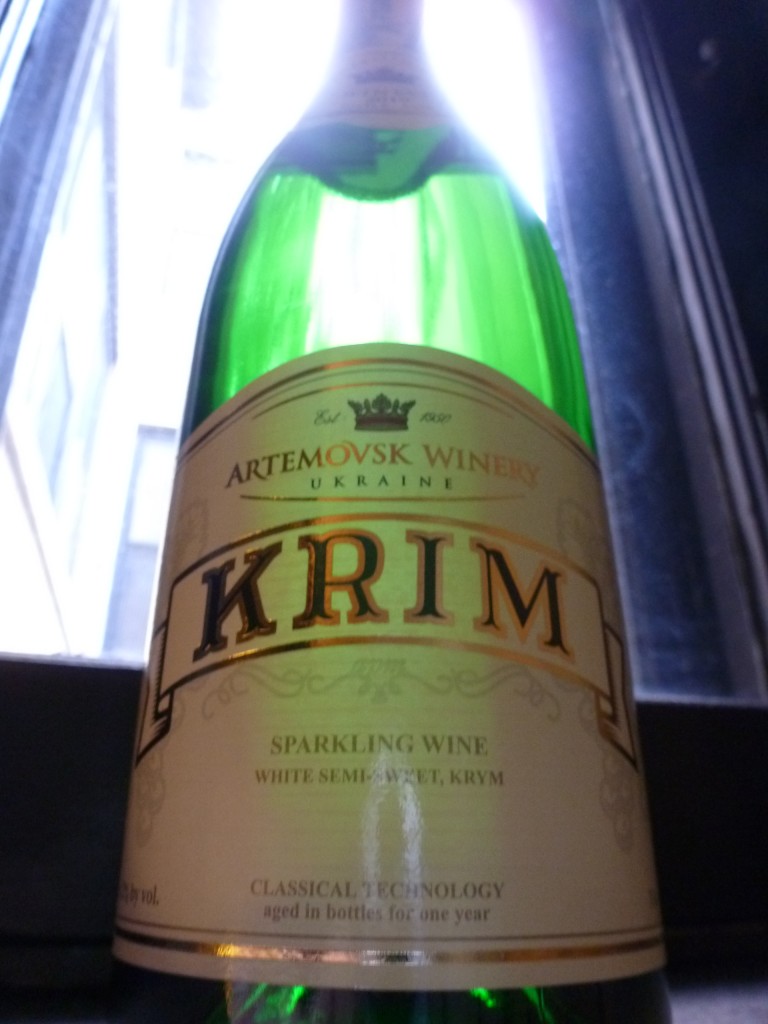 For the Krim semi-sweet sparkling wine, Artemovsk blends Pinot Blanc, Aligoté, Chardonnay and Riesling, aging the wine one year 240 feet underground in the former mines. It had a surprising nose of ripe raspberries, and jammy flavors balanced by orangey acids (a drinking companion also noted dried apricots on the palate). The bubbles felt small and sharp. But in spite of the ample bubbles and acids, there was a certain heaviness to the wine — a sense of thickness.

I gravitate towards sparkling wines that are dry, yeasty and/or flowery, but I would certainly consider buying another bottle or two of this very fruity sparkler. It would make a fine pairing with a number of desserts, including fruit-based pies or even lemon meringue. Or lay a bottle down for the winter, and pair it with a cozy screening of Dr. Zhivago.

2010 Artemovsk “Krim” (semi-sweet): A well-made sparkling wine, with lots of berries in the nose and palate. Pair with fruit-based pies or beet/goat cheese salad, and chill well before serving.

Click here to cancel reply.
Beyond Flaccid Sugarwater The Summery Reds Of Austria