Home » Regions » Germany, Scheurebe » A Cross Of Riesling And Whoops! 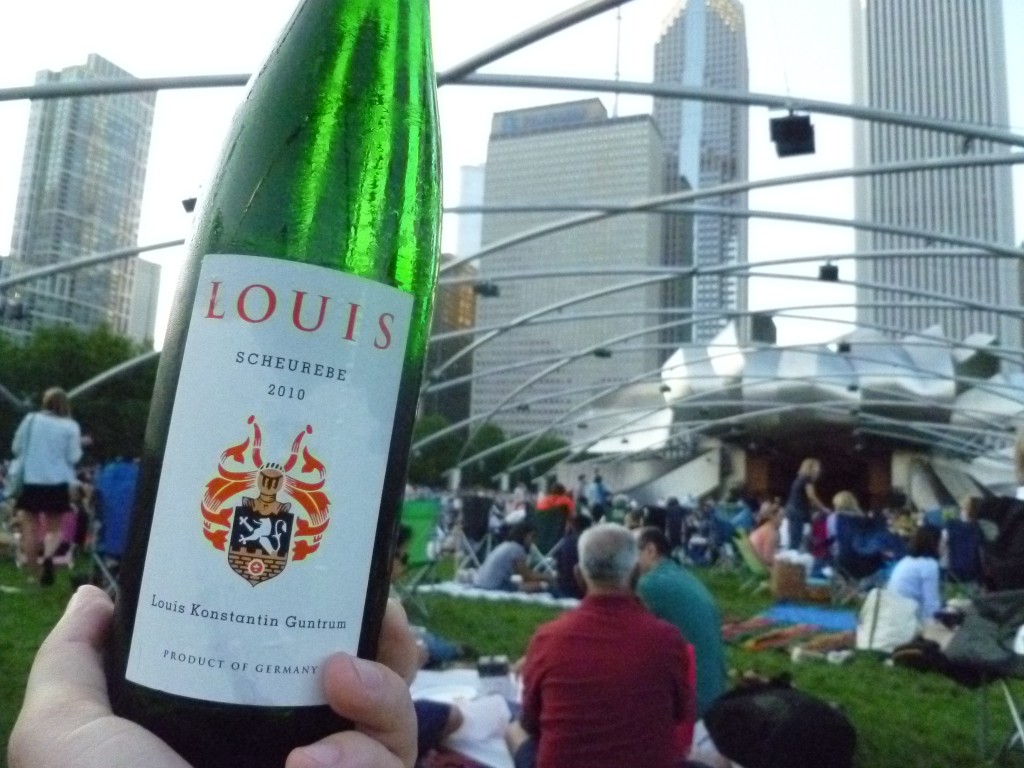 My concert companions seemed to enjoy the wine, though one remarked, “It does its business and it skitters off.” Certainly not condemnation, but not high praise, either. I sniffed it with some suspicion, but the fresh, apply aroma mixed with something tropical drew me right in. On the palate, it started sweet and apply before showing a distinct prickle on the tongue. It was almost sparkling. As it developed, it became more and more tart, with grapefruity acids, until it resolved into a tight finish.

This Scheurebe was a little too acidic for my taste, but at only 10.5% alcohol, it was easy and fun to drink. It certainly felt refreshing in the heat.  Interested to see what Louis Guntrum had to say about this wine, I searched the winery’s website for information. I discovered many interesting things, including that the winery, set on the banks of the Rhein near the famed wine town of Nierstein, dates back to 1648, and that the current owner, Louis Konstantin Guntrum, is the 11th generation to lead the winery. Unfortunately, I found nary a peep about Scheurebe.

The importer’s website was little better, not even mentioning Scherebe in the list of varieties grown by Louis Guntrum. I could find no information about it at all; only images of a Scheurebe label and a Scheurebe bottle.

So I’m not sure what Louis Guntrum was going for with this Scheurebe, but I can tell you that it’s worth trying if you come across a bottle. If you find a sweeter version, by all means, buy it! The drier versions, such as the one described above, won’t appeal to everyone, but if you enjoy Portuguese Vinho Verde, for example, this will be right up your alley.

2010 Louis Guntrum Scheurebe: A little sweet, a little sparkly, and quite acidic. A fun, easy-to-drink wine for the summer, like a sweeter version of Portuguese Vinho Verde.

No Comments to “A Cross Of Riesling And Whoops!”