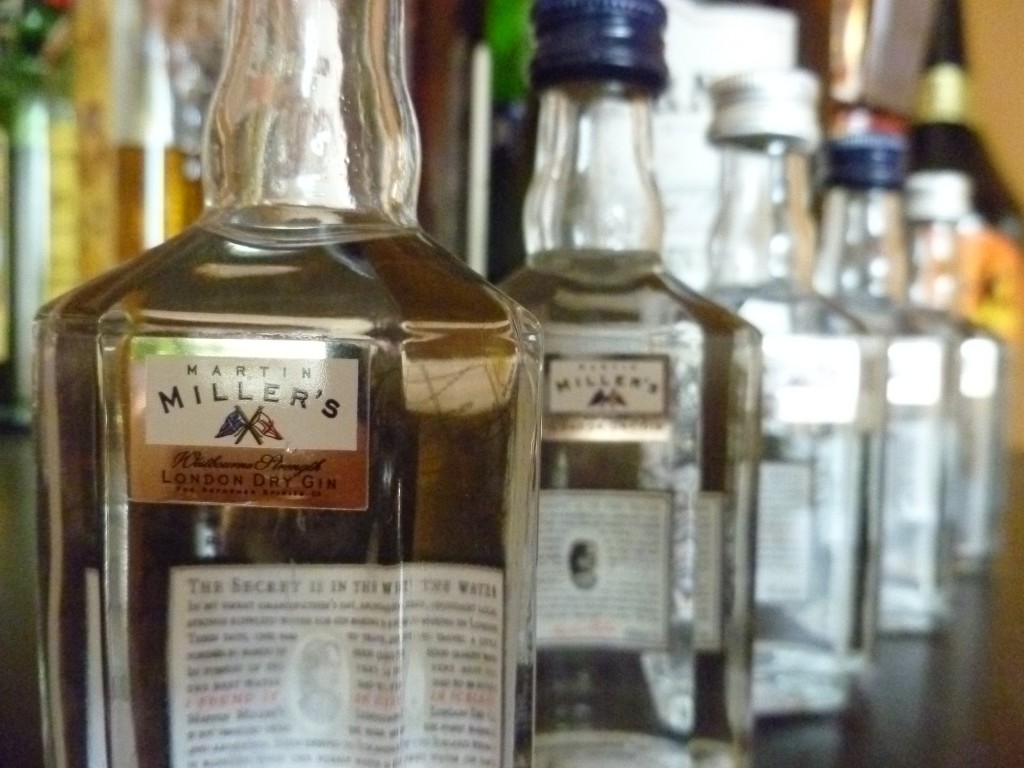 Mr. Miller’s distillery follows traditional methods, using a single pot still so that only the “hearts” of the distillation (the best and purest part) make it into the gin. Juniper, cassia bark (like cinnamon), coriander, angelica root, licorice root and Florentine iris are steeped overnight in the spirit, extracting as much of the essential oils as possible. Peels of Seville orange, lemon and lime are steeped separately, theoretically creating “a more balanced gin with brighter citrus notes.”

The spirit then makes its way to Iceland. Mr. Miller (and apparently the Icelanders) believes that demineralizing water robs it of its life force, and Icelandic water retains a high level of purity even with all its minerals intact. This undistilled Icelandic spring water, purified over centuries in the lava rock before bubbling to the surface, gives the gin a little something extra, according to Miller.

Does Martin Miller’s Gin live up to the hype? We sampled both the original 80 proof gin, as well as the 90.4 proof “Westbourne Strength” based on a recipe for gin produced in colonial India. We tried them straight at room temperature, frozen, and mixed with Fever Tree Tonic. It was a most enjoyable tasting:

Original (room temperature): We were both initially taken aback by a rubbing alcohol aroma, but upon further sniffing, we detected something sweet, like honey or vanilla cake. My friend liked the “velvety texture” and an “interesting finish that’s almost floral.” I agreed; it tasted spicy, herbaceous and complex, but more sweet and floral than piney.

Westbourne Strength (room temperature): It smelled oddly less alcoholic than the original, with a sweet, rather orangey bouquet. On the palate, it started smooth before expanding into a blast of spiciness and finishing with a softer, sweeter, watermelony note.

Original (from the freezer): It smelled more cucumbery and less alcoholic than at room temperature. It still tasted spicy, but straight from the freezer, it felt especially smooth. “Much better, more good,” noted my friend, who had decided against using a spit bucket.

Westbourne Strength (from the freezer): At this chilly temperature, it also had cucumber and watermelon notes in the nose, but on the palate, anise flavors came to the fore.

With the Fever Tree Tonic, both gins had more of those delightful cucumber and watermelon flavors, which are particularly appealing at this time of year.

I say Martin Miller’s Gin is worth trying out. It tastes fantastic straight out of the freezer, and it also makes a mean gin and tonic. The Westbourne Strength sells for a rather bracing $35-$40, but the original Martin Miller’s Gin retails for about $25-$30, which is not too shabby of a deal. It’s a fine choice for the summer, and I might just pick up a bottle myself. I suspect it would be delicious in an Aviation.

No Comments to “The Unusual Gins Of Martin Miller”