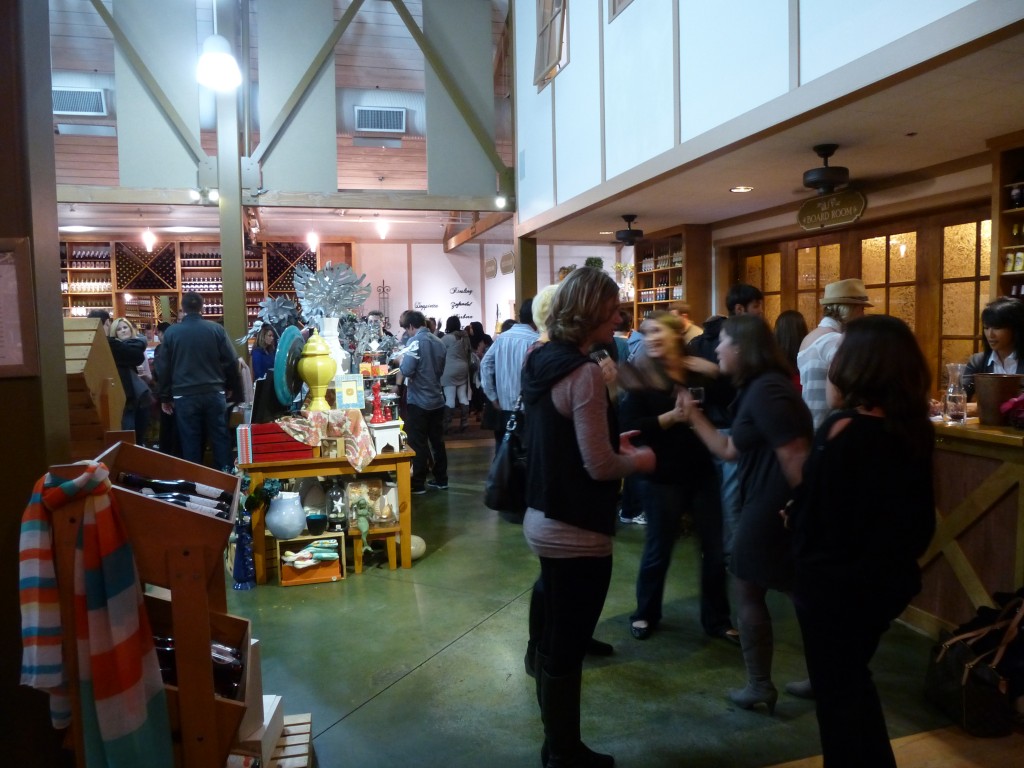 You probably won’t find a “Temecula” section in your wine shop, the way you might see “Napa/Sonoma” or even “Central Coast.” This wine country about an hour northeast of San Diego is just a baby, oenologically speaking, and it doesn’t have much of a reputation just yet. That might be a good thing. Because from what I’ve seen so far, if Napa is “Lifestyles of the Rich and Famous,” Temecula is more “Real Housewives of New Jersey.”

I’ve only been to one tasting room so far, that of Ponte Winery. I went on a Saturday, which is always a mistake in wine country, but my schedule allowed me little choice. The tasting room/gift shop was packed, but that wasn’t the problem — I expected a crowd. I did not expect the extortionate $20 tasting fee, however. I’ve never paid that much for a basic tasting anywhere, be it in Napa, Sonoma or BURGUNDY, for the love of Pete.

I suppose part of that fee pays for the glass I didn’t want to take with me, but most of it goes for the inexcusably large pours. I’m not usually one to complain about a slightly overfilled glass of wine, but if one drank all six “tastings” without spitting (no one in view spat a thing), one would be drunk. If the Ponte Winery tasting room were really interested in its patrons learning about the wines, portions would be much smaller and much cheaper. But perhaps Ponte Winery thinks its guests are just interested in getting a buzz before getting back in their cars? And perhaps they’re right.

Nor did the wines dazzle. Beyond a couple of standouts, most tasted just OK, and with most over $30 a bottle, they should have been pretty darn tasty. Here’s a quick rundown of what I sampled:

2011 Chardonnay: Aroma of burnt tire and wood. Light bodied, with watery fruit, limey acids, and a bit of stone and rubber at the end. $24

NV Vernaccia Nera: This one was really fun. A Lambrusco-like sparking red made with fruit from Italy’s Marche region, it tasted like red fruit, iron and jam. Weird, surprisingly complex and even addictive. I was tempted to buy a bottle to take home; it almost seemed worth it at $30.

2010 “Super T”: A Super Tuscan-style blend of Cabernet Sauvignon and Sangiovese. It smelled like earth and plums, and it tasted like dark red fruit with a bit of iron and spice. Light bodied and tasty, but I want more than that for $38.

2010 Zinfandel: Not much nose on this one at all, oddly enough. It felt tight, with ungenerous fruit and a relatively tannic finish. $35

2009 Syrah: The chocolate/raspberry aroma got me all hot and bothered, but when I took a sip, it fell a little flat. It just didn’t go anywhere — it was medium bodied, and just not very memorable. What a disappointment after that sniff! $35

2008 Zinfandel Port: I love a well-made Port, and this was a well-made Port. It had a temptingly rich, raisiny nose, and this time the flavor lived up to the smell. It had lots of jammy, chocolatey fruit, balanced by zesty acids and some tannins on the finish. Delightful! It was nice to end the tasting on a high note. $46

I’m trying out a few more Temecula wineries before I leave… Here’s hoping!

Update: Later that evening, in the bar of the Ponte Vineyards Inn, the bartender offered me a taste of the 2009 Ponte Vineyards “Angry Wife,“ made from a blend of grapes which is “never disclosed so please don’t ask,” according to the label. Now why couldn’t they have presented more wines like this in the tasting room? It smelled irony and red, and it packed a flavor whallop: lots of fruit, hefty tannins and a final kick of spice. Tasty! Don’t keep wines like this a secret, Ponte!

The Fine Wines Of Temecula The Hearty Reds Of Toro