Should you decide to visit the picturesque wine country of Temecula, California, there are three wineries you simply shouldn’t miss, on any account. All three serve excellent wines which showcase some of Temecula’s true potential. 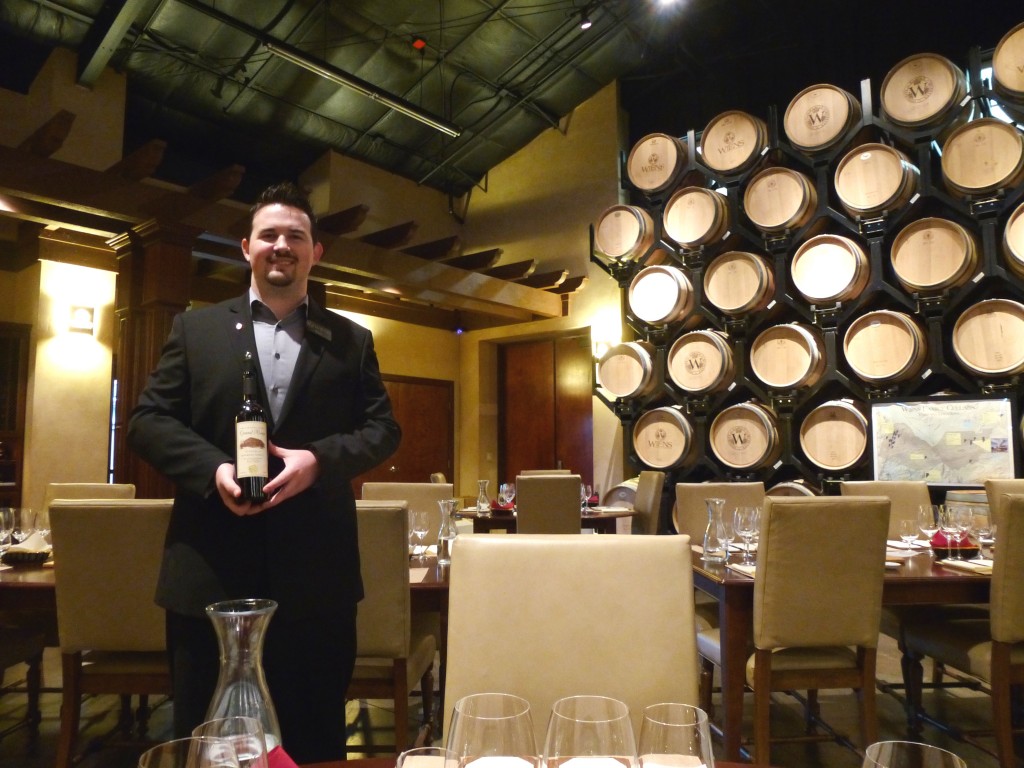 This winery has a large tasting room on the main road through the region, and this tasting room no doubt draws the buzz-seeking groups so prevalent at Ponte.

In a very smart move, this winery allows people really interested in the wine to make reservations for a $30 reserve tasting, held at formally set tables in a separate room on the property. I reserved a space for the 10:30 a.m. tasting on a Sunday, and it turned out to be a private reserve tasting — not a single other person had signed up! It was a grand experience, and the wines were, without exception, positively delightful.

2010 Reserve Chardonnay: A pretty gold color, this wine smelled of ripe pears. It had a lush texture and a woodsy start, but limey acids and even some minerals ensured that this was no butter bomb.

2008 Reserve Cabernet Franc: The fruit for this wine came from Paso Robles, but Wiens just sold this vineyard, and so the 2008 will be the last vintage of its Paso Robles Cabernet Franc. It had a sexy aroma of rich plums, a little black pepper and some chocolate. Woo! True to the variety, the wine moved from plummy fruit to something herbaceous to a tannic finish. A pairing of Havarti tamed the tannins, and some olives cured with rosemary and red wine made for a wonderfully bright and briny match.

2009 Chateau Grand Rouge: An unusual Cabernet Franc-heavy blend of 45% Cabernet Franc, 34% Cabernet Sauvignon and 11% Malbec. With a lovely dark red hue, this Bordeaux-style blend had an alluring aroma of chocolatey raspberries. Beautifully balanced, with plummy fruit, soft balancing acids, some rather hefty tannins and a bit of wood. It has some finesse but also a spicy zing — it’s an elegant young thing with a bit of a wild streak.

2008 Reserve Cabernet Sauvignon: This blend of 90% Cabernet and 10% Merlot had a darkly fruity nose mixed with something herbal. It exhibited restrained power, with hearty, meaty fruit and a tannic finish. It would surely be magnificent with a good steak, but it also worked marvelously with some goat milk gouda, becoming bigger and spicier.

2007 Reserve Syrah: The aroma of dark plums, chocolate and tobacco had me at first sniff. I also loved the supple mouthfeel and dusky fruit, followed by some acids, white-pepper spice and a touch of tobacco at the end. It tasted even zestier when paired with some smoked gouda.

2009 Reserve Petit Sirah: It’s rather unusual to see this variety as a varietal, but it really worked. Clocking in at a substantial 15.3% alcohol level, this wine had a deep aroma of raspberry jam. Another sexy wine with ample, rich fruit, a spicy finish, and some not insignificant finesse. Some salami-wrapped mozzarella brought out some additional meaty notes in the wine.

None of these wines is inexpensive, but hey, if you’ve got the money, you’ll surely be pleased with any of the above.

Ah crap. I got so excited about these wines, I didn’t leave much room for Doffo and Palumbo. Well, those wineries deserve their own blog posts in any case. The Temecula journey continues!

A Terribly Unusual Sidecar The Fine Wines Of Temecula