An Earthy Red From Serbia 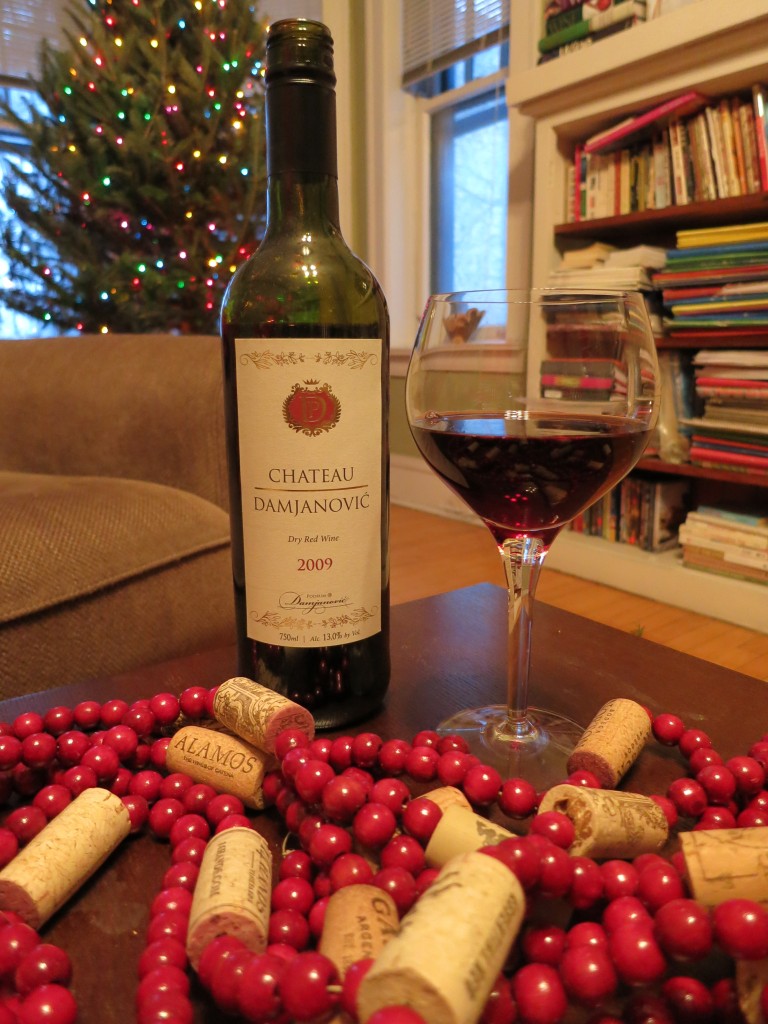 A bottle from Serbia sparked this blog, and so I’ll always have a soft spot for wines from this landlocked country in the center of the Balkans. Wines from this country can be hard to find, but I keep running into them here in Chicago largely due to the efforts of Goran Sevic, owner of the import company Vino et Spiritus. His import philosophy is exciting: ”There are plenty of commodity Serbian wines produced in large co-ops that retail in the $7 and under category that are OK, but I really have no interest in importing them.  What I look for are artisanal wines with expression of place, varietal and vintage; terroir.”

I tasted through his portfolio a couple of years ago, and delighted in the Tamjanika, Prokupac, Riesling, Pinot Noir, Blaufränkisch and Vranac he served me. But at that time, he hadn’t yet started to import the Chateau Damjanović Dry Red Wine, a Bordeaux-style blend of 60% Cabernet and 40% Merlot. When I saw a bottle of it on the shelf at In Fine Spirits, and noticed it was imported by Vino et Spiritus, I felt certain it would be a winner and snapped it up.

Chateau Damjanović  comes from Zapadna Morava (south of Belgrade), which used to be the site of imperial vineyards, according to Vinopedia. Further encouragement about the wine came from The Sotheby’s Wine Encyclopedia, which suggests that “the best potential [in Serbia] is for Cabernet Sauvignon and Merlot when grown in Južna Morava,” the wine region immediately to the south of Zapadna Morava. The World Atlas of Wine agrees, arguing that “Cabernet and Merlot with intriguing potential can also be ripened, notably [in the Južna Morava region] in the south.” It also sounded promising that Chateau Damjanović has only 7.41 acres of vineyards, according to the Vino et Spiritus website, meaning that the winery certainly doesn’t fall into the mediocre large co-op category. 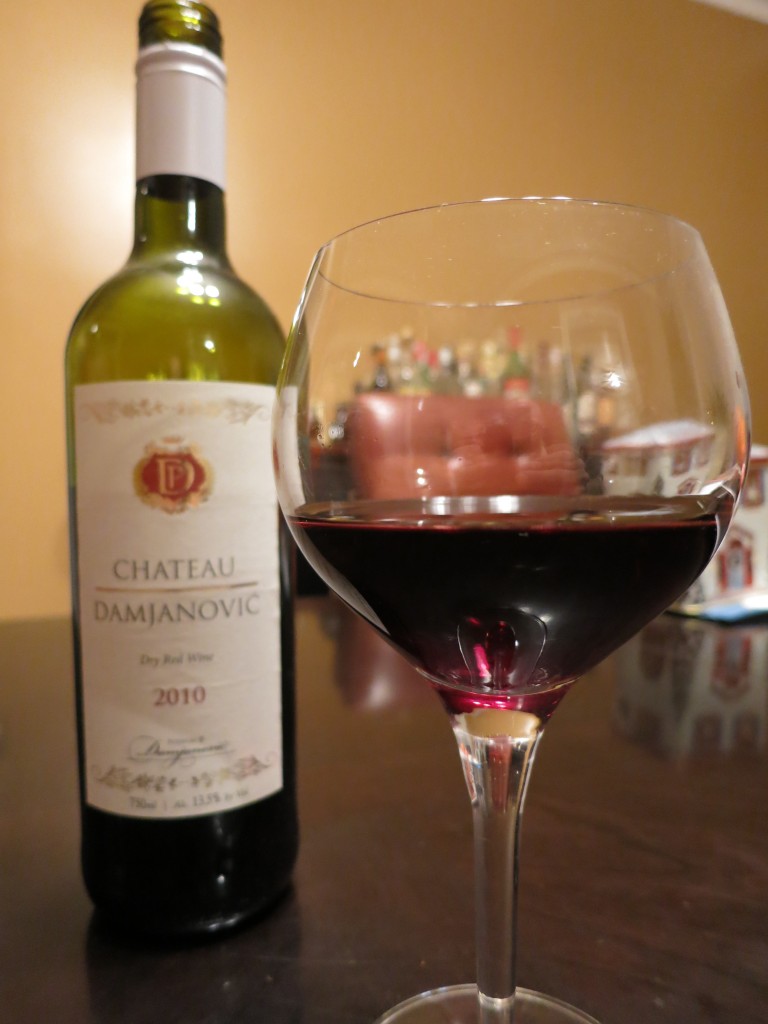 The Chateau Damjanović sounded better and better. Unfortunately, when I have a wine I’m particularly excited about, it sometimes paradoxically stays in my wine rack much longer than I might like. It’s all too easy to leave it unopened, waiting for just the right occasion. I left my bottle of 2009 Chateau Damjanović for about year, so it seems, because I discovered the 2010 vintage at Binny’s just a few weeks ago. I bought it too, and decided it was high  time for a mini Damjanović vertical tasting.

2010 Chateau Damjanović Dry Red Wine: I tasted this vintage first, while baking up some smoked gouda and rosemary bread. This Cabernet/Merlot blend had a dark, earthy and slightly funky aroma, which seemed promising. It had a rustic feel to it, with tightly wound red fruit and notes of iron and tobacco. Though the acids were big and rowdy, the tannins were relatively soft, and at the very end the wine finished with a bit of vanilla. It was lively and fun, and spicier when paired with a warm slice of the bread.

2009 Chateau Damjanović Dry Red Wine: I opened this bottle while decorating the Christmas tree on a very cold Sunday afternoon, when something hearty was in order. The aroma of this wine was even more intensely earthy, with strong notes of iron and clay in addition to some red fruit. It tasted spicy, meaty and smokey, making me yearn for some smoked sausage to go with it. Though this wine was a year older, the fruit remained tightly wound, loosening a bit when paired with some Bolognese. It finished with a pronounced metallic note, rather than the vanilla of the 2010.

The Vino et Spiritus website recommends drinking this wine young. Certainly the 2010 is ready to drink now, but the 2009 was equally as good, if not better. Priced at about $13 — a very fine value — it’s an inexpensive risk to buy an extra bottle or two to lay down and see what happens. In the meantime, because the 2010 has such zesty acids, it’s well-suited to the hearty food of the holiday season.

4 Comments to “An Earthy Red From Serbia”