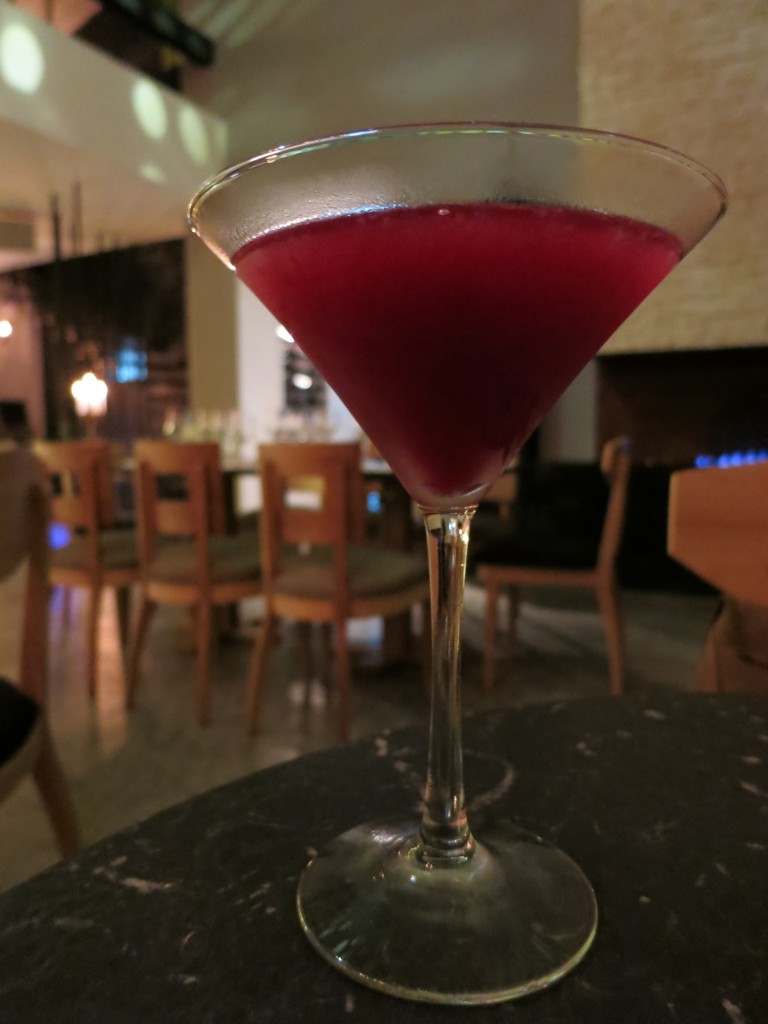 So far I have yet to encounter any Colombian wine, but I haven’t felt especially deprived. The Colombian cocktail scene, at least in Bogotá and Cartagena, turns out to be quite sophisticated. Mixologists have a bit of an advantage here, with an array of delicious Colombian fruits at their disposal that we in the U.S. can only dream about.

One of my favorites so far is corozo, a red berry which on its own tastes somewhere between a blackberry and a cranberry. It’s delicious, and I was excited to see it appear in a drink on the cocktail menu of Leo Cocina y Cava, a world-class Bogotá restaurant. Its Corozo cocktail contains Absolut Kurant, Cointreau, lemon juice and corozo juice, making it akin to a Cosmopolitan (also on Leo Cocina y Cava’s menu, made with Absolut Citron).

I felt a little skeptical about the Kurant, which I suspected would either overpower or be overpowered by the corozo, since both have pronounced berry flavors. My concerns weren’t assuaged when the drink arrived with the consistency of a loose slushie. The texture of the drink felt unbalanced, with not enough citrus to round out the vodka. The Kurant really did take over, it seemed. But once the ice melted, the sharp edges of the cocktail wore away and it became something I actually enjoyed consuming. The tart corozo came more to the fore, and the Absolut Kurant lost some of its punch.

Although this cocktail proved to be something of a mixed bag, I felt sure corozo could make a drink sing. Now, off to find a bartender who can perform a better balancing act.

2 Comments to “Postcard From Colombia #1”

Postcard From Colombia #2 In Search Of Equatorial Wine
Subscribe RSS