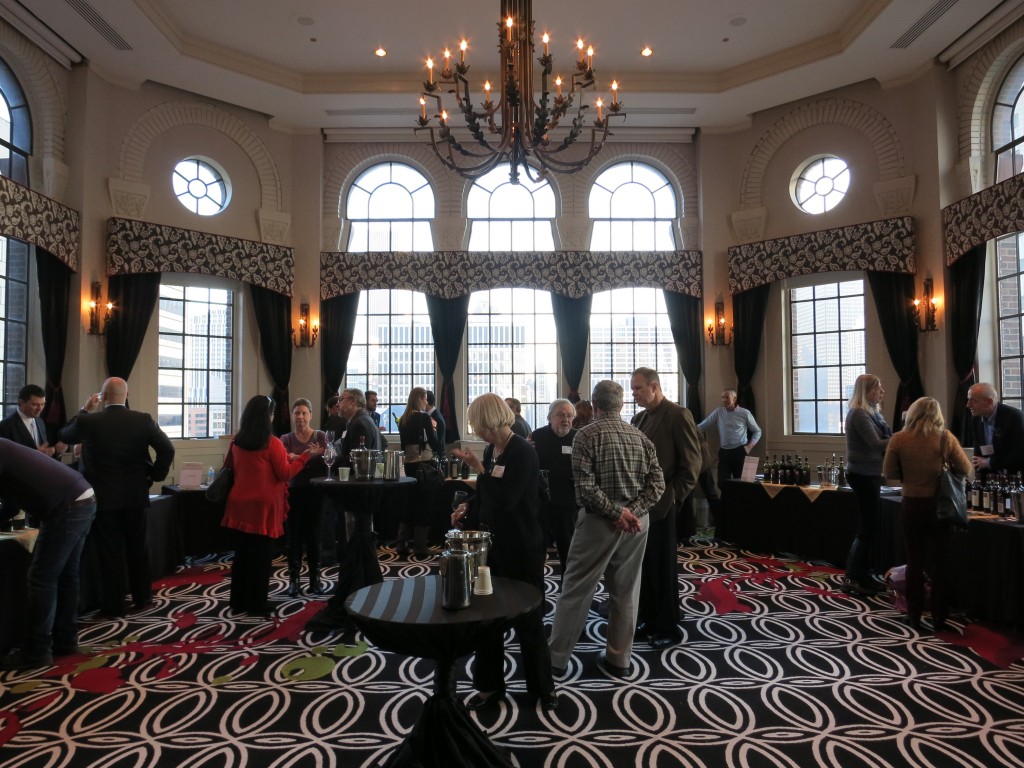 I had the fortune to first try Vin Santo on a trip to Tuscany. A colleague and I spent a few days in Florence in 2002, and even then I had an interest in unusual wines. Tired of gorging on tiramisu, my go-to dessert from 1992-2003, I opted instead for a glass of Vin Santo and some cantuccini biscuits (like biscotti). I had read about the dessert pairing in my Frommer’s guidebook. The waitress seemed impressed by my order, and I remember the resulting feeling of pride more than the Vin Santo itself. But even now, I can still taste its nutty goodness. It was just the thing for that cool January evening. 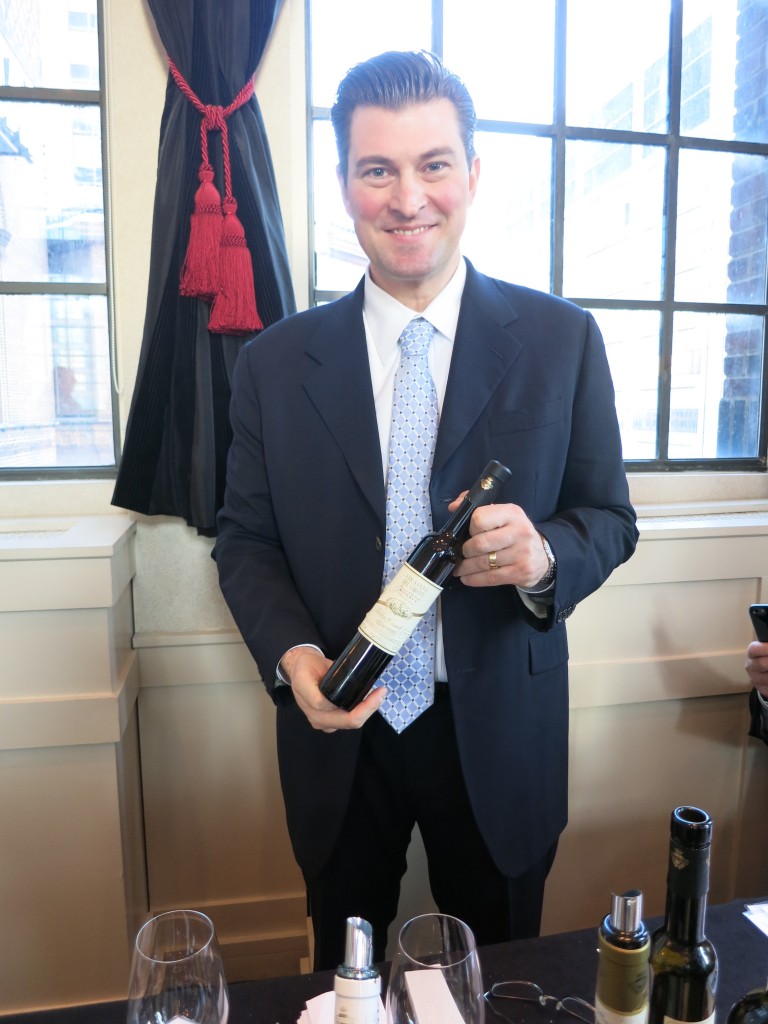 I’ve tried Vin Santo only a handful of times since then. Unfortunately, Tuscany rarely figures in my travels, and the wine isn’t exactly all the rage anywhere else. Sweet and sherry-like wines just aren’t popular these days, which is a shame. They can be a superb value, and as I discovered at a recent wine tasting at Chicago’s Allerton Hotel, Vin Santo is no exception to that rule.

The World Atlas of Wine calls Vin Santo “the forgotten luxury of many parts of Italy, Tuscany above all.” My sources agree that the quality of Vin Santo varies widely, but when it’s good, it’s really, really good.

Most Vin Santos blend the white varieties Trebbiano and Malvasia, though Occhio di Pernice is made with red Sangiovese. In all cases, the grapes are dried for about two or three months, traditionally on straw mats, to concentrate the sugars. The grapes are fermented in small, sealed barrels for years. DOC regulations require at least three, but “the better producers rarely release their Vin Santo before five years,” according to The Oxford Companion to Wine. During this period, the barrels are never topped up. Slow evaporation concentrates the contents, and oxidation turns the wine tawny and imparts a nutty sherry-like note.

The three Vin Santos I sampled at the tasting each delighted with appealing nuttiness and lively acids, ensuring that the wines never felt syrupy or cloying. I look forward to trying each of these again sometime soon: 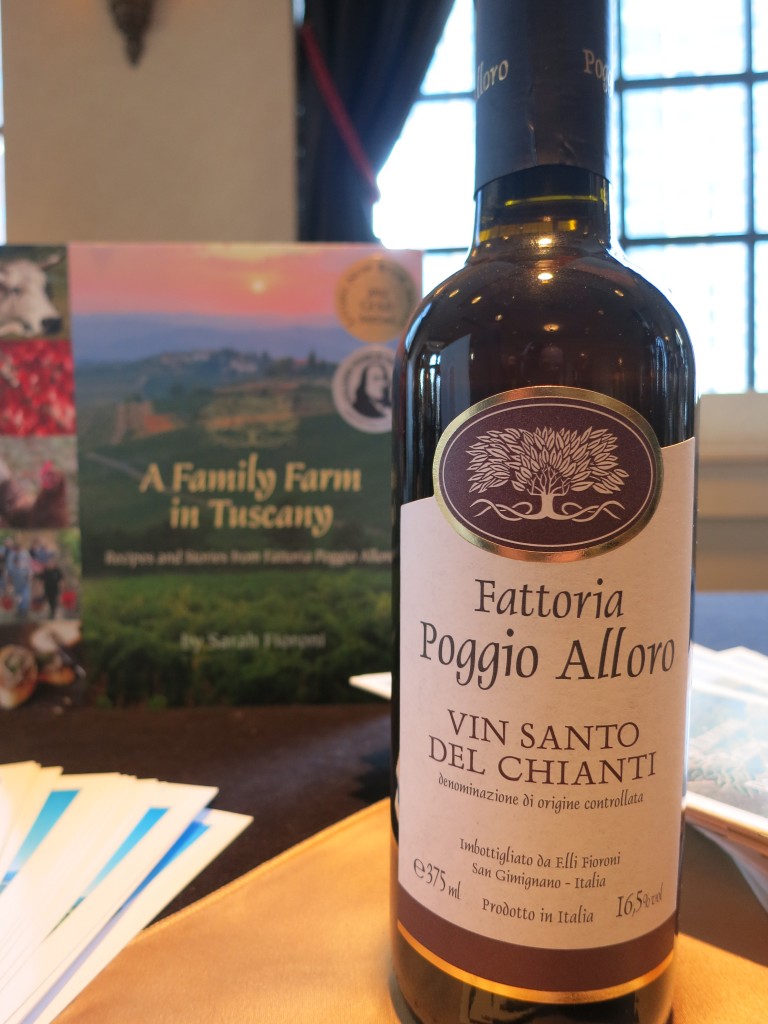 A blend of Trebbiano, Malvasia and San Colombano (hopefully a synonym for Verdea, not Besgano Bianco), this Vin Santo was aged six years under the winery’s roof, exposing it to summer’s heat and winter’s chill, an aging method akin to Madeira’s estufagem process.

The result had an appealing aroma of slightly burnt caramel, honey and nuts, with a distinct tang of oxidation. It tasted very rich and nutty — I wrote “pecan pie in a glass” in my notes — but remarkably zesty acids kept the sweetness well in balance. A really great deal at about $33 for 0.75 liters.

Falchini doesn’t mention its Vin Santo on its website, which is odd, because it’s thoroughly delicious. According to this review I found on Snooth, the wine is a traditional blend of Trebbiano and Malvasia, but it’s aged in cherry wood as well as oak casks.

It smelled of wood and honey and dates, and it tasted round and rich. Flavors of dried apricots and nuts were supported by relaxed, orangey acids. It felt elegant and languid, rather than taut. Another excellent value for about $26 for 500 ml. 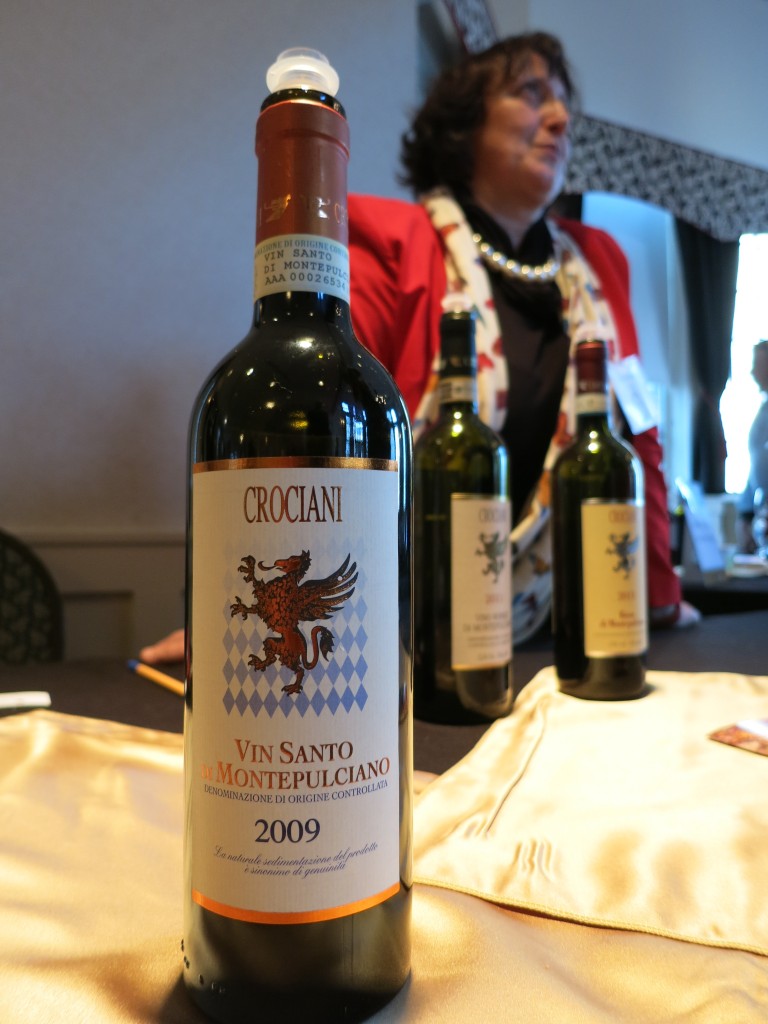 The World Atlas of Wine reserves special praise for the Vin Santo of Montepulciano, and I can certainly see why. I met Susanna Crociani at the tasting, and she explained that 100 kilos of grapes (about 220 pounds) yields only 10 to 12 liters of Crociani Vin Santo. That amount of grapes, she went on, usually translates to about 65 liters of table wine.

The concentration in the Crociani was evident. The wine had an enticing aroma of taut, dark honey and wonderfully complex flavors: dates, figs, orange peel, walnuts. It felt rich until the finish, which took a wonderfully surprising turn towards dry, bright freshness. I can’t find many places selling this wine in the U.S., but the Crociani website has it listed for €21 ($23) for 500 ml, which strikes me as hugely underpriced.

Vin Santo’s lack of popularity is our gain. All three of these wines offered impressive flavor and balance for the money. But not every Vin Santo will be a home run, making it important to ask a trusted wine shop for a recommendation. Quality Vin Santo producers like the ones above are crafting wines of character deserving much bigger price tags than the market will currently bear.