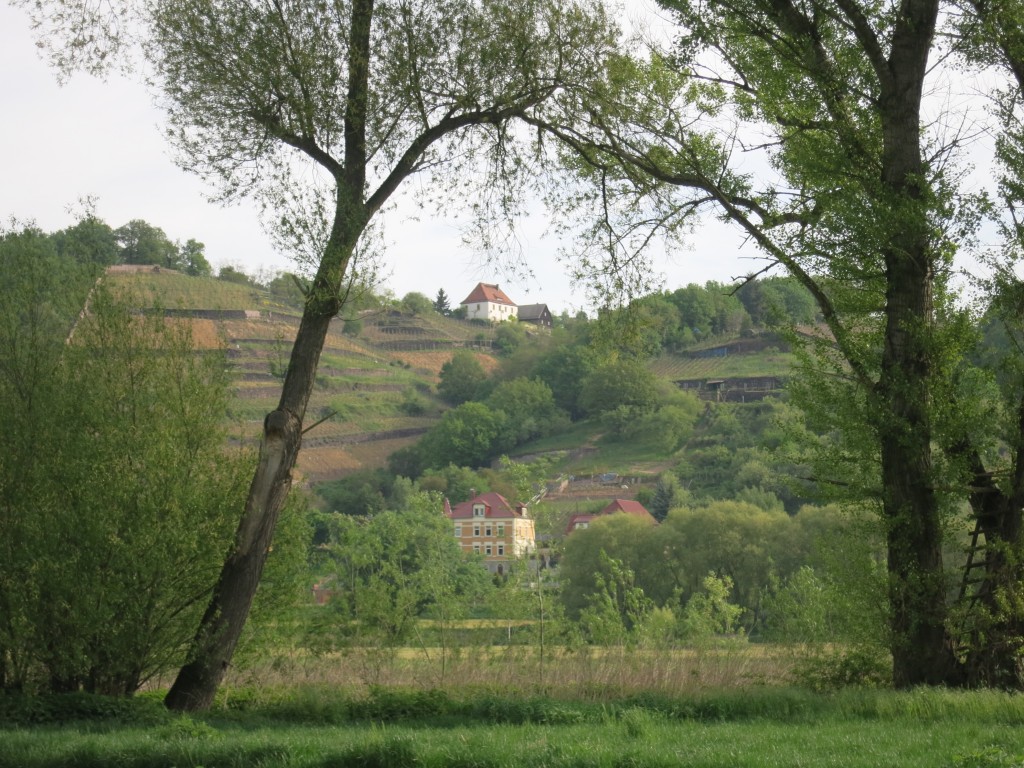 Along the Saxon Wine Road

I made a terrible mistake on my recent visit to Dresden. I allowed only one day to explore Germany’s smallest and easternmost wine region, Sachsen (Saxony). Even in Germany, this landscape of charming little towns and vineyards terraced into bluffs above the Elbe River is little known, and prejudices about “East German wine” have not entirely disappeared. And who can blame anyone for not rushing out to tour the vineyards of former East Germany? 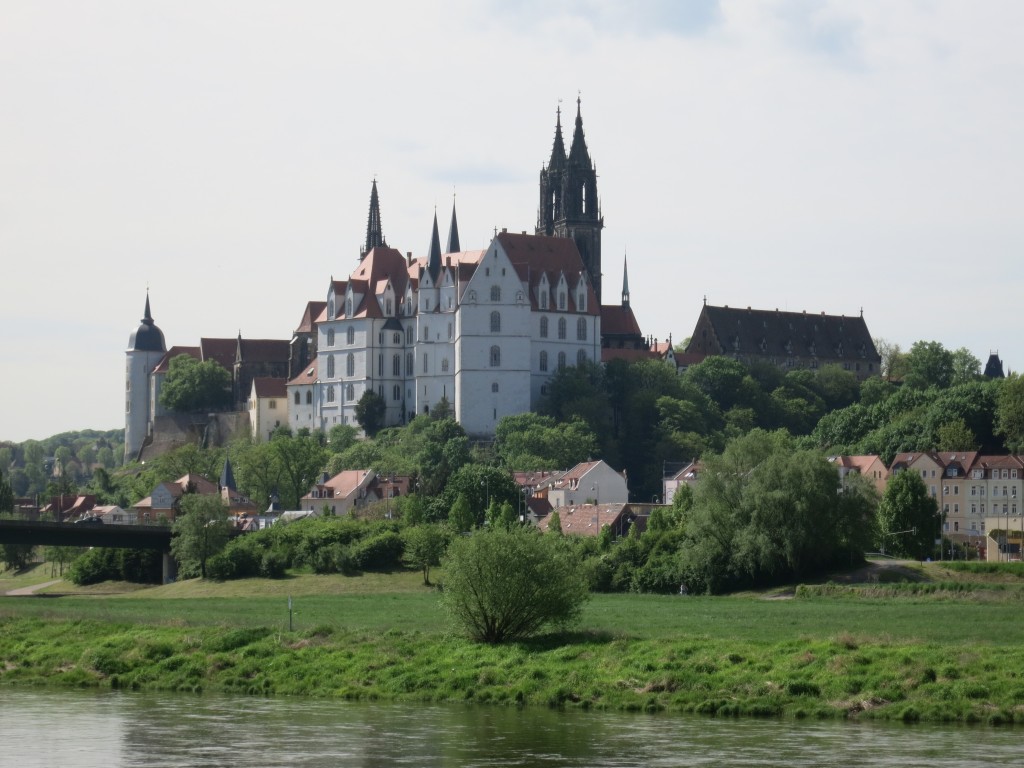 As The Sotheby’s Wine Encyclopedia ruefully notes, “Wines have been produced in this area for nearly 1,000 years, but it took [East Germany] less than 50 years to erase… once-well-known names from the memory of wine drinkers.” The region was important enough to house Germany’s first viticultural training institute, which, according to The Oxford Companion to Wine, was established in Meissen in 1811-12.

Then phylloxera hit, followed closely by World War I. The region started to bounce back a bit just in time for World War II to start. The communist regime which took over after the war had little interest in quality wine, nor in the terraces where the vineyards once grew — growing grapes on the slopes was labor-intensive and expensive. Few vineyards were replanted, and many terraces fell into disrepair. The Elbe Valley has yet to fully recover from this time of neglect, though vineyard plantings increased dramatically after Germany reunification to about 1,100 acres.

Looking at a map, it seems insane to try to grow fine-wine grapes here, at a latitude about even with London. But as The World Atlas of Wine explains, Sachsen’s “much more continental climate frequently blesses [it] with magnificent summers, even if the risk of serious spring frosts is high.” The Elbe River helps moderate the cold, and the relatively steep south-facing slopes provide an ideal microclimate in which to ripen grapes. In fact, as the Atlas goes on to say, the best wineries “manage to produce dry wines of remarkable substance and character for their northerly location.” 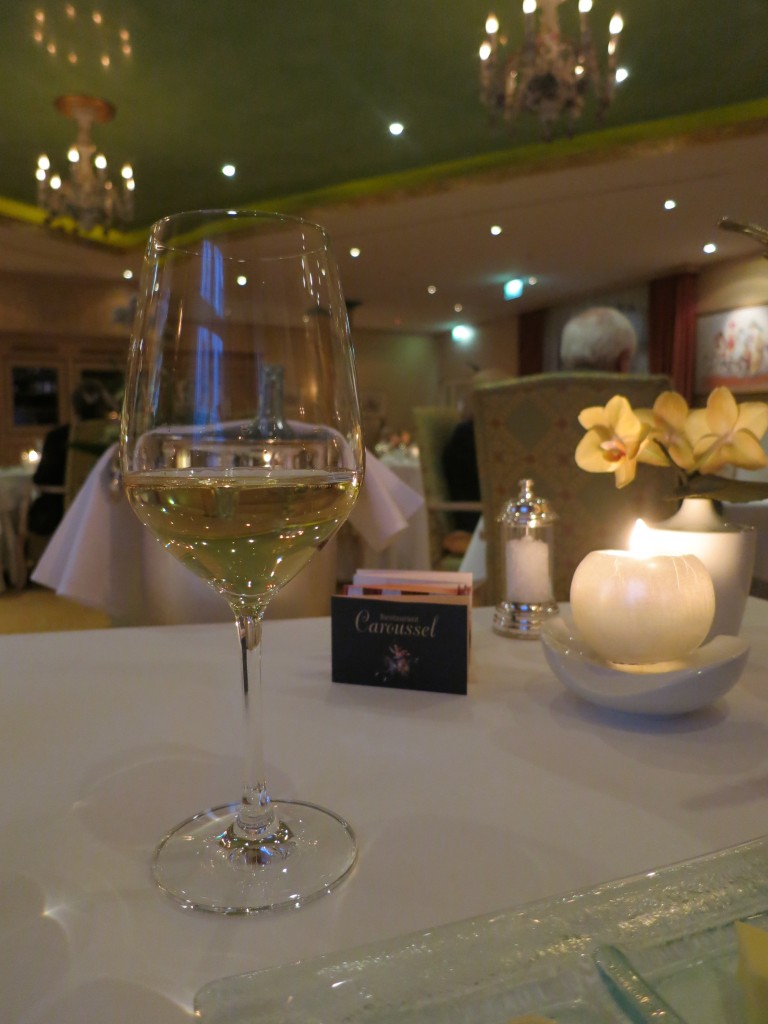 And what a location! I drove out of Dresden following the south bank of the Elbe, and it didn’t take long for vineyards to appear, tumbling down to the occasional 18th- or 19th-century villa. The road took me through a number of well-preserved towns, each of which had its share of inviting wine taverns.

By this point in my trip, I had already tried a number of local wines in Dresden restaurants, most of which have at least two or three Sachsen bottlings on their menus. At Caroussel, one of Dresden’s Michelin-starred restaurants, I sampled a Frédéric Fourré blend of Kerner and Gutedel (Chasselas) with aromas of honeysuckle and spice and a green-apple tartness that worked wonderfully with food. Sitting outside at Pulverturm an der Frauenkirche, I sipped a peachy and floral Schloss Wackerbarth Bacchus, a crossing of Silvaner and Riesling with Müller Thurgau, which had enough juicy, lemony oomph to more than match my dish of char with creamed leeks. And a Schloss Proschwitz rosé of Spätburgunder (Pinot Noir) and Dornfelder, with a heady strawberry aroma and a rich powdered-candy quality, proved to be the high point of my meal at the riverside Canaletto restaurant.

It was with some excitement, then, that I passed the spiky Gothic skyline of Meissen and neared Schloss Proschwitz itself, where I had an appointment with owner Alexandra Prinzessin zur Lippe.

Up Next: Wine tasting with the Princess.