The Eye-Opening Experience Of Blind Tasting 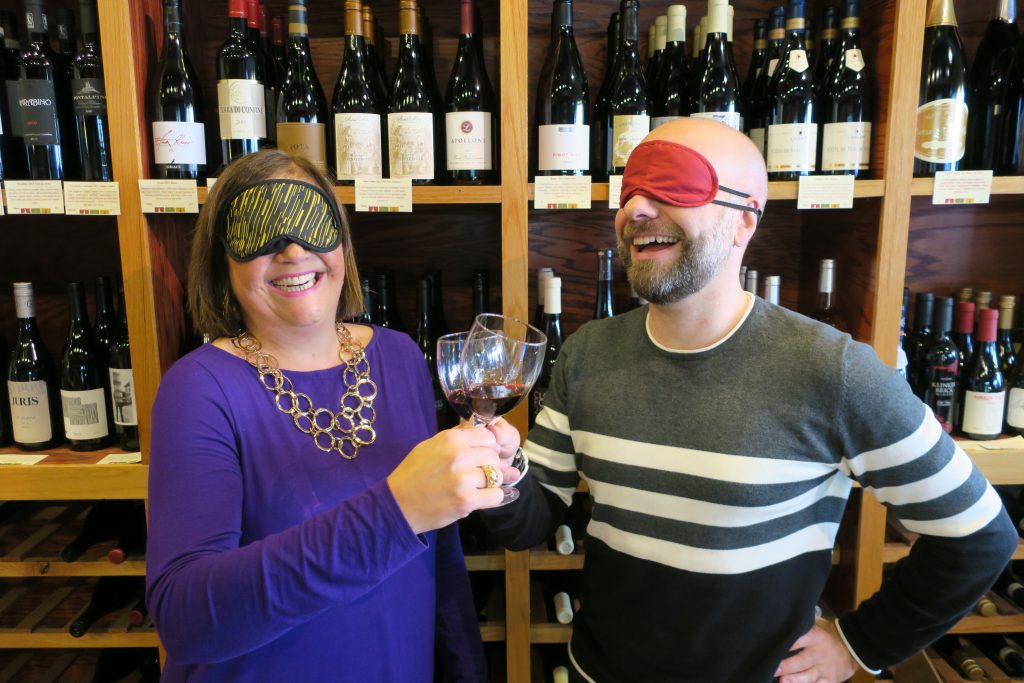 I still get a little nervous before every shoot of Name That Wine, a blind tasting-themed web series I recently started with my friend Liz Barrett. There are so many wines in the world, and attempting to identify where a wine comes from and what it’s made out of, based just on how it looks, how it smells and how it tastes, is a daunting business. There’s no surer way to decimate your ego as a wine writer than to go down in raging flames in a blind tasting. Indeed, for every success I’ve had on Name That Wine, I’ve had at least two spectacular failures.

Fortunately for me, my self-esteem isn’t closely associated with my blind-tasting skills, and filming Name That Wine has been a hoot. What a learning experience! Some of the lessons I’ve learned so far:

Trust my instincts. In a recent episode we filmed, I had reason to suspect that a wine was Old World (European), and yet in the end, I went with New Zealand. What? Why did I do that?? Argh! I realize now that I was thinking about what the wine shop owner would most likely have chosen for our tasting. I was doing as much psychology as analyzing the wine itself, and while that might sometimes be helpful, that kind of thinking has bitten me in the backside more often than not. From now on, I have to pay more attention to the wine than who chose it.

I’ve got blind spots. Egad, do I have blind spots. In one episode we were presented with a Tempranillo, but Spain never even crossed my mind. And that wine I thought was from the Old World but then decided was from New Zealand? It was from Spain. I’ve been to Spain several times, but I realize that I’ve never been to Spanish wine country. That makes a huge difference. I also realize that I haven’t written about Spanish wines in ages and ages. Which is so odd, because I love Spanish wine. Clearly, it’s time to reacquaint myself with it.

There are lots of delicious non-odd wines out there: This likely isn’t news to anyone but me, but it’s something that bears repeating. Wines that everyone has heard of — Champagne, Argentine Malbec, Rioja — are not famous by accident. They are famous because they are very frequently very delicious. If you’re reading this blog, it’s likely because you too enjoy ferreting out unusual treasures, and certainly we should continue to do that. But if we ignore the famous names, we deny ourselves some of the world’s great vinous pleasures. 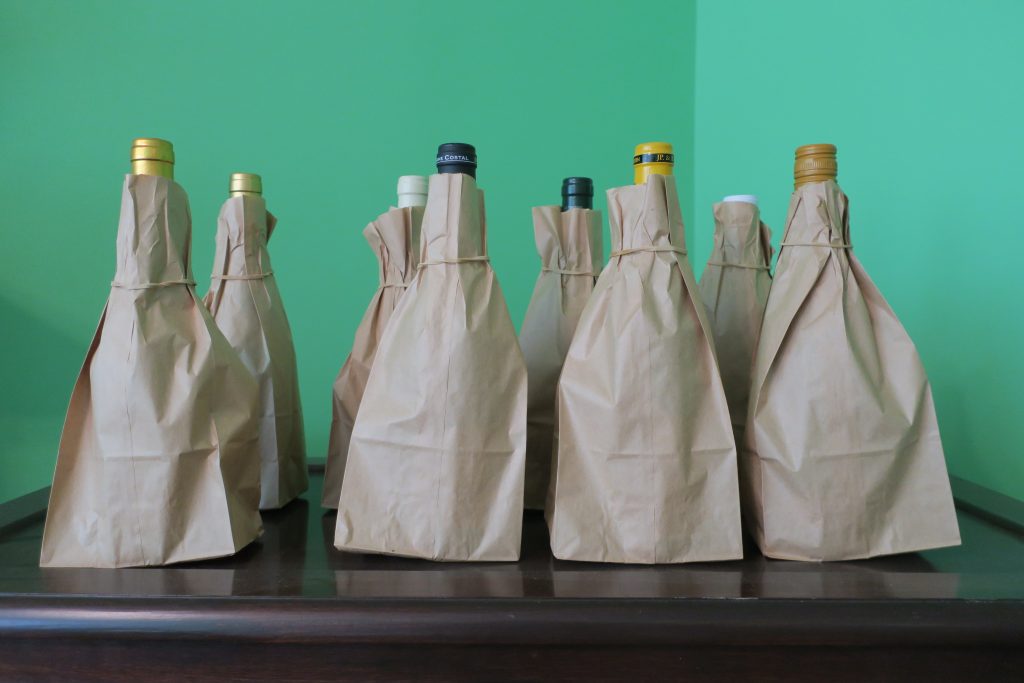 If you’ve never tried a blind tasting yourself, I can’t recommend it highly enough. Even if you think you know little about wine, a blind tasting can be great fun and easy to organize.

A blind tasting is a great way to learn more about the kind of wine you like. For example, let’s say you always gravitate towards Cabernet Sauvignon. You might purchase three Cabs — your favorite, one that’s less expensive and one that’s more expensive — and do a little comparing. Can you pick out your favorite? What is it about that Cab that makes it your favorite? And heck, throw a curveball or two into the mix, and add in a Malbec or Nero d’Avola or some other hearty red. Can you differentiate it from the others?

Or let’s say you’re not sure what kind of wine you like, but you know you prefer white. Assemble a German Riesling, a New Zealand Sauvignon Blanc, a Chablis, a California Chardonnay and an Alsatian Gewürztraminer. Bag them and mix them up, and have someone else number the bags, open the wines and pour. With that selection, the traits you value in a white wine should become clear. 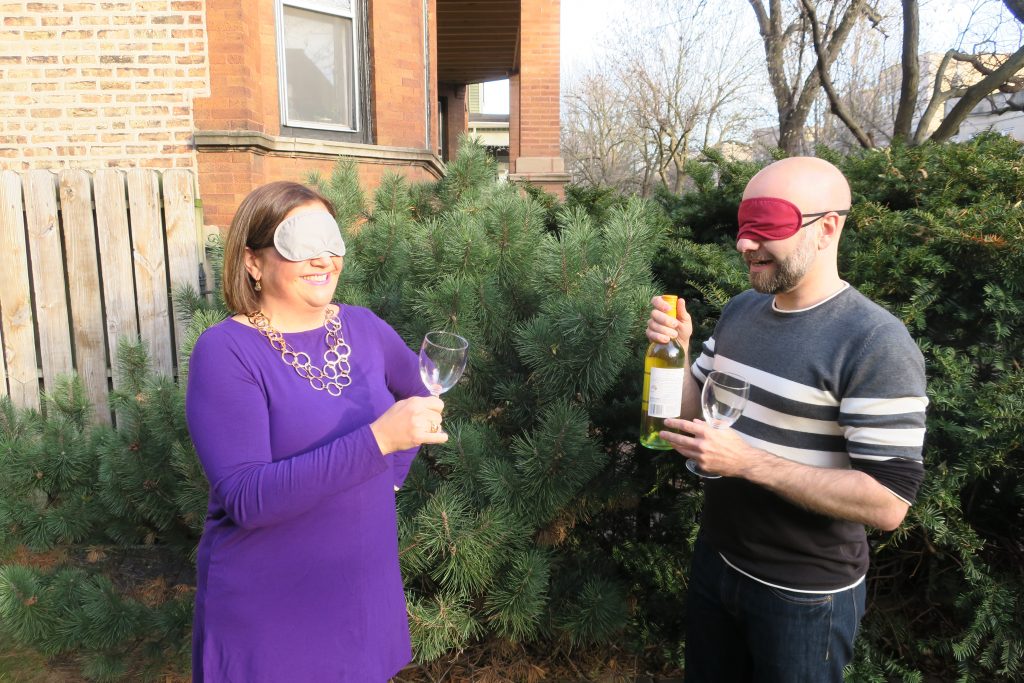 If it’s reds you prefer, purchase a New Zealand Pinot Noir, a French Pinot Noir, a Spanish Garnacha, an Argentine Malbec, a Washington Syrah and a California Cabernet. And have a party! The results should be most illuminating.

Tasting the wine and thinking about what precisely you like or dislike is immensely helpful, particularly when you’re faced with an unfamiliar wine list or when you’re in a large wine shop. Do you prize juicy acidity? A lush, round mouthfeel, perhaps? Or maybe minerality? Or sweetness or dryness?

I’ve discovered that in whites, though I adore all sorts of different kinds, there are two that I love above all others. I love whites with a note of butter and/or popcorn balanced with bright acids (like white Burgundy), and I love whites that have ripe fruit, or even sweetness, mixed with sharp acids and spice (including wines like Mosel Rieslings as well as Sauternes). In sparkling wines I seek toasty, bready notes paired with pinprick bubbles. Rosés that I love are lusciously fruity but bone-dry, with a strong shaft of minerality. In reds, I look for ripe, cool, clear fruit; focused acids; and notes of mocha and/or sweet tobacco really float my boat. 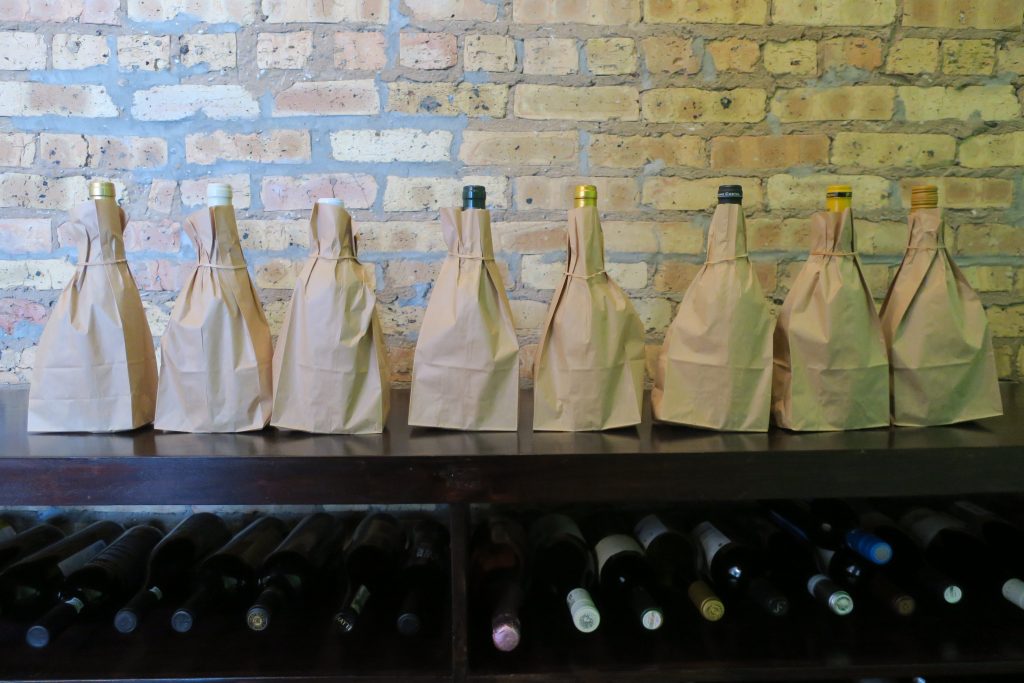 If you haven’t made a study of wine but you know what it is you like, you’ll never be lost. A good sommelier or wine store employee can direct you to exactly what you’re looking for, as long as you can give them a little guidance.

So what is it you look for in a wine? Have you tried doing a blind tasting yourself? I would love to hear about either or both in the comments below! And if you haven’t already, please subscribe to the Name That Wine channel on YouTube. It’s the red button. Thank you!

2 Comments to “The Eye-Opening Experience Of Blind Tasting”