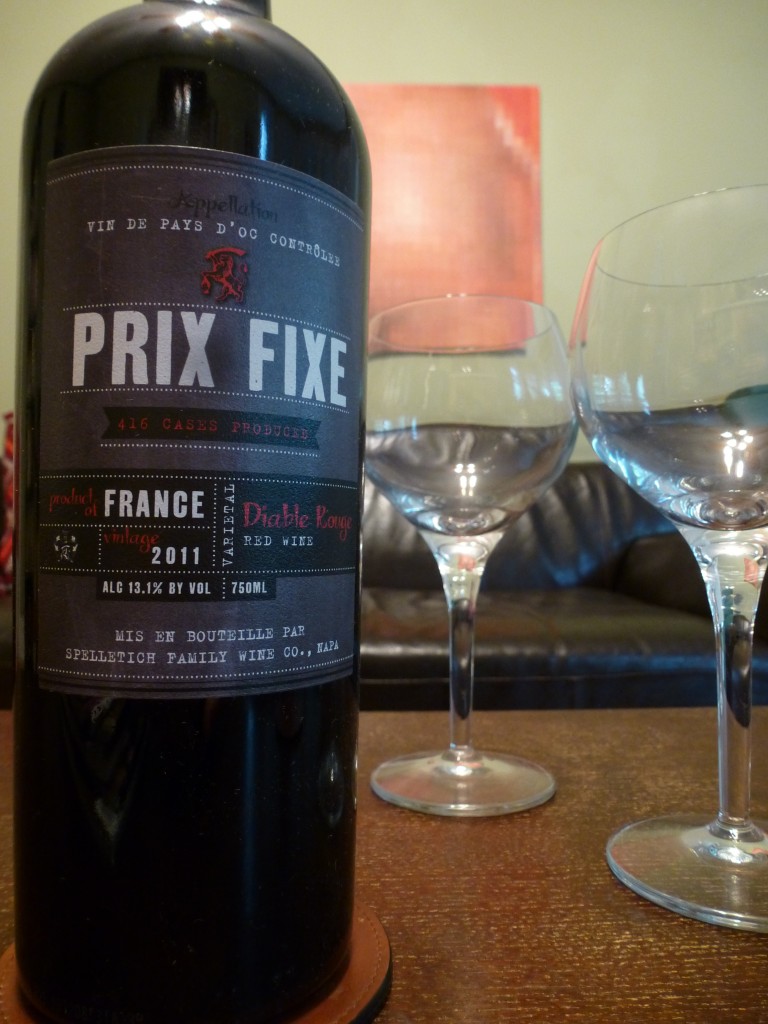 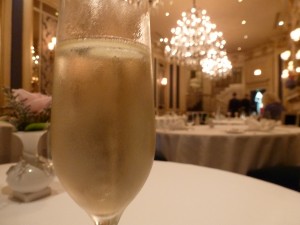 Philadelphia may mix a mean cocktail, but the wine scene isn’t too shabby either. I was delighted to discover that most restaurants I visited had something unusual on their wine-by-the-glass menus, and I availed myself of the opportunity to try a number of deliciously odd vintages.

For your vicarious pleasure, a six-course tasting menu complete with wine pairings:

To start, a non-vintage Jean-Louis Denois Brut Blanc de Blancs from France’s Languedoc region, sampled at Le Bec Fin. A wine from this rather 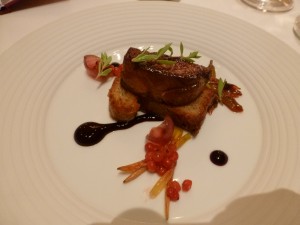 humble region seemed almost out of place at this relentlessly formal restaurant, where a bust of Marie Antoinette peers unironically at diners through cascades of crystal chandeliers. Even today, inconsistent Languedoc produces vast seas of boring vin ordinaire as well as exciting terroir-focused varietals (unusual in a country known mostly for blends).

In keeping with Languedoc fashion, this varietal sparkling wine is 100% Chardonnay, as indicated by the words “Blanc de Blancs” on the label. My initial feelings of suspicion were quickly assuaged. The wine had a rather green aroma, and it started tight and tart on the palate before opening up into flavors of apples and yeast. Bubbles felt prickly but elegantly small. Delicious. It cut right through the richness of some seared Hudson Valley foie gras, making for an excellent pairing. Even so, it’s hard to get over the eye-popping $19 per-flute price tag. That’s the average price for an entire bottle, according to Wine Searcher! Well, I suppose Le Bec Fin has to pay for all that gilt somehow.

Next, a refreshing glass of Austria’s most famous variety, Grüner Veltliner, sipped at farm-to-table sensation Talula’s Garden. This food-friendly variety has a murky and fascinating history. Genetic testing revealed that one of its parents was Traminer, but the other parent remained a mystery for some time, until (at least according to Wikipedia) its other parent was found in the year 2000. Only a single vine of this parent variety remained, barely clinging to life in an overgrown pasture. Apparently, there are plans to try cultivating this mystery variety in the near future, and I can’t help but feel pretty darn excited about that.

END_OF_DOCUMENT_TOKEN_TO_BE_REPLACED

…With expectations shooting high enough to punch a hole in the ozone layer, we passed through the vestibule connecting The Aviary to Next and entered the restaurant. Our chairs pulled ceremonially from the table, we settled into two of the most coveted seats in American restaurantdom and took in the scene.

A latticed appliqué covered the front windows, focusing all attention within, and a length of Eiffelesque metal undulated along the ceiling. Braced by ribs arcing to the walls, it looked like the spine of some steampunk cetacean. Above that, thick metal disks punctured by glowing circles of glass evoked manhole covers.

Beneath the industrial-age whale spine and sewer-chic light fixtures, luxury reigned, with padded silvery walls, immaculate table linens and gold-rimmed china plates. If you’ve ever fancied a seven-course gourmet meal in subterranean Paris, this is the place for you.

The expense may give you pause, but that’s the least of your worries. Securing reservations at one of the most talked-about restaurants in the country can be tricky. To get in, you must buy tickets through Next’s website, as if you were attending an opera or, more accurately, a blockbuster rock concert.

According to Next’s Facebook page, they received 1,000,000 hits on their website within an eight-day period, and tables are available on the website for an average of one second. It goes on to estimate that about 3,400 people compete for the restaurant’s 16 tables — 16 tables — each day new reservations are released.

If you’re lucky enough to obtain tickets, they already include the meal, tax and gratuity in the price (as well as the wine pairing, if you so choose). No money is exchanged at the restaurant, and the tickets are non-refundable.

I feel somewhat awkward about describing the rest of our experience, because we dined at Next the very last evening they were serving the “Paris, 1906 — Escoffier at the Ritz” menu, composed of recipes from Auguste Escoffier’s monumental Le Guide Culinaire, the bedrock of classic French cuisine. Grant Achatz and his team are currently fine-tuning a new Thai menu, with the first practice dinner reportedly happening tonight (July 5).

I’ll describe the experience of “Paris 1906” nevertheless, as a record of the event and as an example of the kind of experience you can expect at Next. And goodness knows, if you want that experience, start working on getting tickets as soon as you can.

END_OF_DOCUMENT_TOKEN_TO_BE_REPLACED 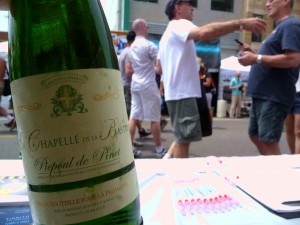