A New Home For Cabernet Franc? 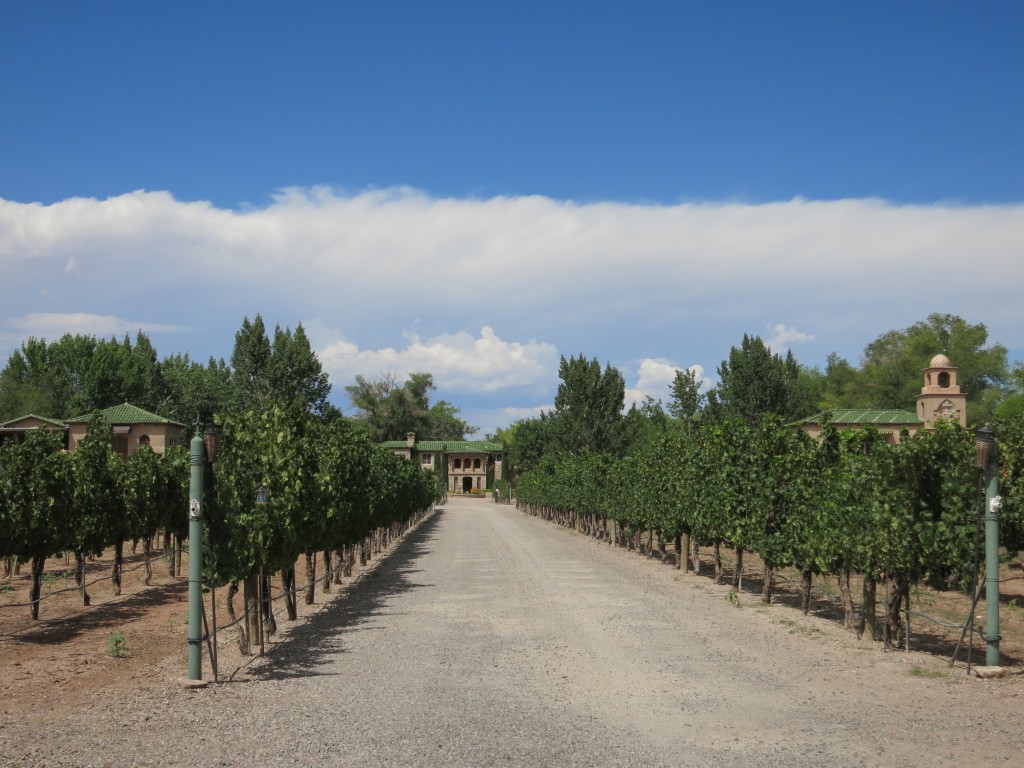 The Bordeaux variety of Cabernet Franc, like Malbec, has long played second fiddle to its more glamorous blending partners of Cabernet Sauvignon and Merlot. Malbec, of course, emerged from Bordeaux obscurity and came into its own in Argentina, where it produces ripe, powerful wines. Cabernet Franc is perhaps best-known as the major ingredient in the Loire Valley’s Chinon wines, but I think it may have found a very comfortable new home in the New World: New Mexico.

The Oxford Companion to Wine notes that “Cabernet Franc is particularly well-suited to cool, inland climates,” and though New Mexico is inland, I never regarded it as a particularly cool place. It’s right next to Arizona, Texas and Mexico, after all. But New Mexico has a startling array of microclimates, ranging from scrubby deserts to cool Alpine-like forests, often within just a few miles of each other. In much of the state, the elevation ensures that temperatures remain moderate and that there is wide diurnal variation. Cool nights mitigate the effects of warm, sunny days, and they ensure that the grapes ripen slowly and evenly. New Mexico has plenty of poor soil, plenty of hills, plenty of sun, and in many places, an ideal temperature range. Add a little irrigation, and you have some serious potential terroir.

Hardy Cabernet Franc can survive the sometimes harsh New Mexico winters, and with the long, sunny and warm growing season, the variety can routinely achieve a ripeness it sometimes lacks elsewhere. That was what really struck me about the Cabernet Francs of New Mexico — their luscious ripeness and general lack of vegetal qualities often associated with Cabernet Franc. These were wines I’d be proud to serve at any dinner party.

New Mexican Cabernet Francs aren’t available at every corner wine shop. But should you find yourself in New Mexico, or should you happen to find one elsewhere, don’t miss the opportunity to try it. Who knows? Maybe someday New Mexican Cabernet Franc will be as ubiquitous as Argentinean Malbec. Twenty years ago, that wine sounded perfectly ridiculous as well, don’t forget.

Here are three examples of New Mexican Cabernet Francs that I particularly enjoyed:

2008 D.H. Lescombes Cabernet Franc: This wine was crafted by viticulturalist Emmanuel Lescombes and winemakers Florent and Herve Lescombes under the umbrella of St. Clair Winery, New Mexico’s largest. The French Lescombes family has winemakers going back six generations. I sampled their Cabernet Franc in St. Clair’s Albuquerque tasting room and bistro, but the grapes were grown near Deming along the border with Mexico, at an elevation of about 4,500 feet. What a delight — it had an aroma of rich raspberry jam, and dark fruit balanced by bright, broad acids. The wine resolved into some tannins and focused spice on the finish, without a hint of anything vegetal. This wine has the richness and power to justify its rather steep $36 price tag.

2009 Casa Rondeña Cabernet Franc: Located about 15 minutes up the road from the St. Clair tasting room, this Albuquerque winery stands like an Andalusian pleasure palace amid an acre or so of vines. I tasted a number of well-crafted wines here, including this very elegant Cabernet Franc. I knew immediately from the aroma of creamy, drank fruit that I was going to really like this wine. It was dry, with restrained, almost tight fruit. Then a lift of spice, a note of violets and a tannic finish. Again, there was nary a hint of green pepper; the flavors of dark fruit, earth and flowers dominated.

2011 Estrella del Norte Cabernet Franc: This attractive winery and tasting room nestles near the southern end of the High Road to Taos. The vineyards on the property date back 18 to 20 years, and lay abandoned until the current owners of Estrella del Norte bought the land in 2007. I saw some photos of what the winery looked like when Estrella del Norte purchased it, and the vineyards were an overgrown mess. What a contrast to today’s tidy rows of grapes. This Cabernet Franc, a more recent vintage than the ones above, had a lovely jammy nose and a more fruit-forward flavor. A pop of black pepper took over after the initial hit of dark fruit, followed by a softly tannic finish. I detected an intriguing savory note underneath as well, which might become more pronounced as the wine ages. At this point though, it’s zippy and fun, and once again, not at all vegetal. For this quality, the price of $29 seems about right.

This is not just plonk for tourists — these ripe and well-balanced wines could compete favorably with any comparably priced Cabernet Franc on the market. It may be a few years yet, but I have a feeling this won’t be the last you’ll hear of New Mexican Cabernet Franc.

28 August 2013
Comments Off on Postcard From New Mexico 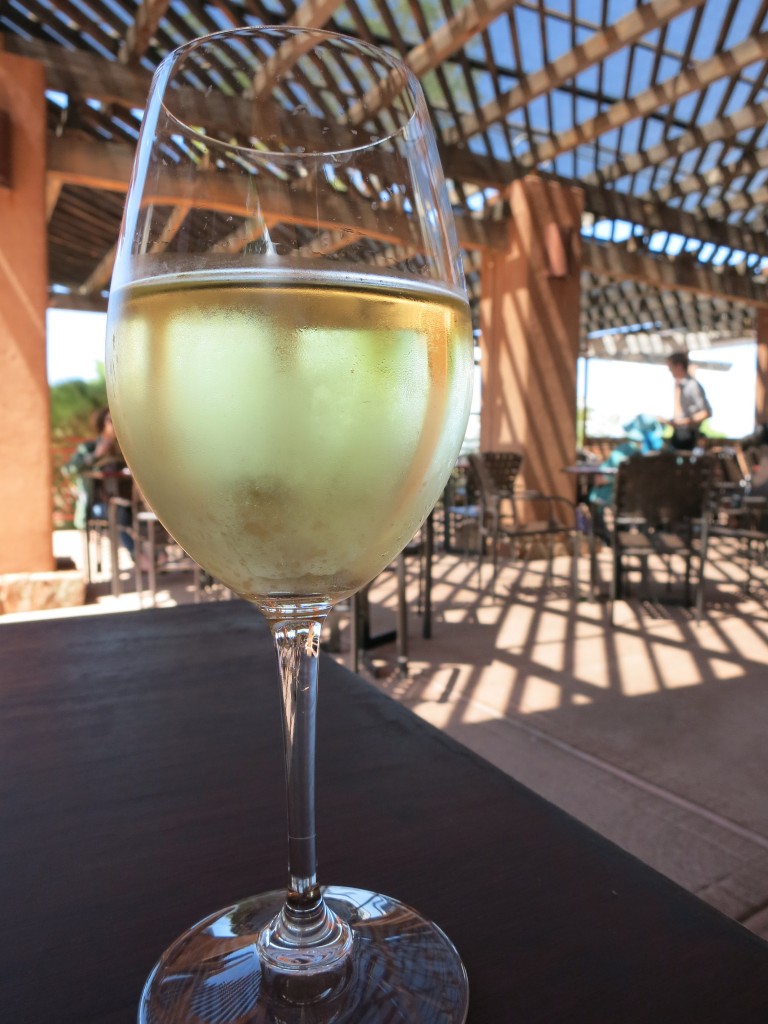 Who knew New Mexican wines could be so delicious? I’ve tasted quite a few so far, and it hasn’t been a case of unearthing a few gems in a sea of mediocrity. The vast majority of the wines I’ve sampled have been well-crafted and delicious enough for me to want a second glass. In fact, the only true disappointment of the trip has been a mouth-puckeringly tart Chardonnay/Sauvignon Blanc blend from France’s Loire Valley!

What a contrast to the Chardonnay pictured above, produced by Ponderosa Valley Vineyards. I drank this delightful wine over a relaxing al fresco lunch at the surprisingly pleasant Museum Café, set between Santa Fe’s Museum of International Folk Art and the Museum of Indian Arts and Culture. The Ponderosa Chardonnay had a lovely green-gold color and a fresh, limey aroma. It started sweet, with a note of honeysuckle, but the wine was admirably balanced with gingery spice and bright acids. Paired with some duck flautas, the spiciness of the wine really jumped out.

This Chardonnay retails for about $17.50, according to the Ponderosa website, which seems like quite a fine deal to me. If I see a bottle in a store, you can be sure I’ll be snapping it right up. 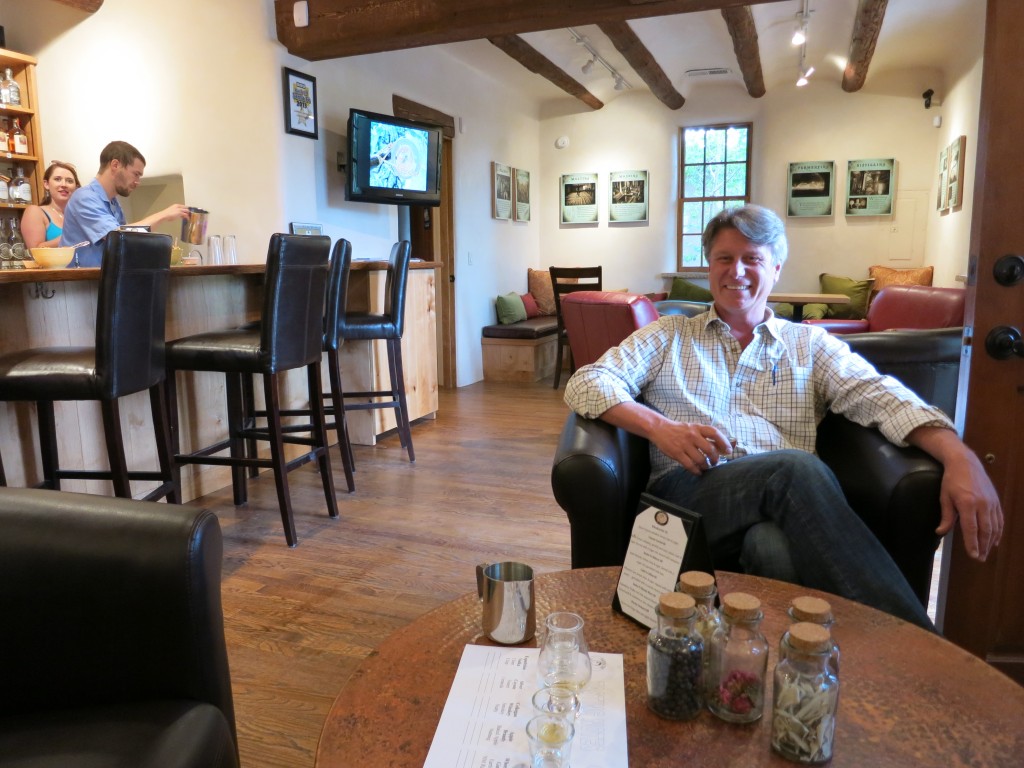 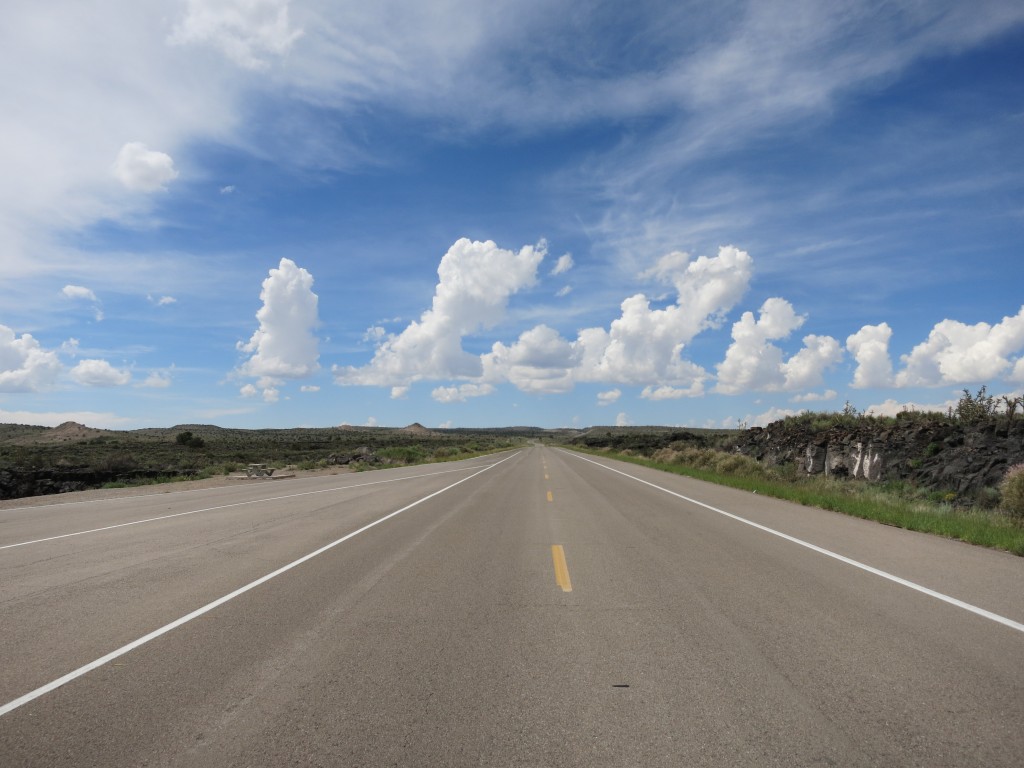 While New Mexico may be known for its glorious landscapes and tasty green chile, New Mexican wine is not often a sommelier’s first recommendation. But Gruet‘s sparkling wines taste quite delicious, and there are numerous other wineries scattered around the state. Something must be happening down here, and I’m going to find out what.