The World’s Most Unspecial Specialty Drinks 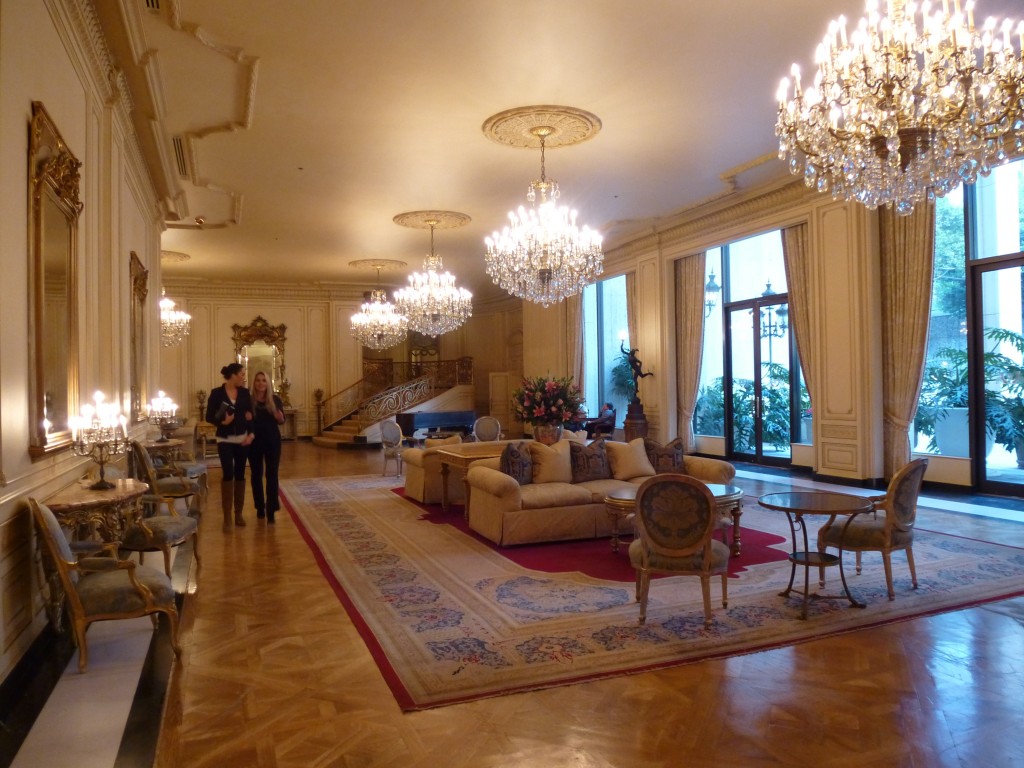 I’ve never actually written about beer on this blog. It’s not because I don’t drink it, because I do, and it’s not because I have trouble finding unusual beers to try. I live around the corner from Hopleaf, which has some 300 beers on their menu, and just down the street is a wonderful microbrewery called Metropolitan. I don’t write about beer — and I know this sounds like a high-class problem — because it’s refreshing to have a drink that I can imbibe for pure pleasure, without ever having to worry about analyzing its quality or flavor profile.

This brings me to The Westgate Hotel in San Diego (above), the hotel that finally compelled me to break my beer-writing rule. The Westgate is ostensibly a very fancy property, with a lobby decked out to look like an olde time French palace. What a French palace is doing in a converted 1960s office building in downtown San Diego is a question I never did manage to answer satisfactorily.

In a place of such overt luxury, one might expect that ethos to extend into every corner of the operation. And indeed it did, with one glaring exception: the room service menu. Right at the top was this less-than-mouthwatering item: 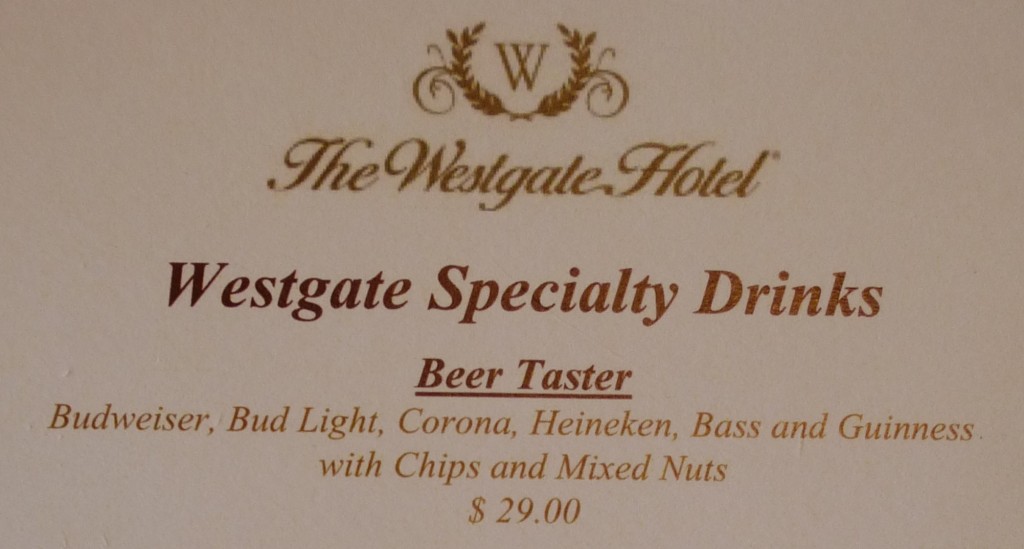 If someone gave me the task of designing the most boring, insipid, overpriced beer tasting possible, it would turn out pretty much like this. For shame! San Diego is a major microbrewing center! I didn’t have much of a chance to explore that scene, but I did immensely enjoy a Ballast Point Sculpin IPA. Unlike a Bud Light, for example, this beer had some real flavor — it was fruity, bitter and dry, with a grapefruity aroma and aftertaste. Delicious!

So Westgate — listen up. I know guests who stay with you probably don’t care all that much about a sense of place (witness the aforementioned Versailles-like decor), but this Beer Taster is a scandal. Some guests won’t want to venture out of their comfort zone, so keep this flaccid selection on the menu if you must, but for the rest of us, how about taking advantage of the many stellar breweries within a 15-minute drive? This is the beer list of a random bar in Anytown, USA, not the “Specialty Drinks” of an expensive hotel in a major city.