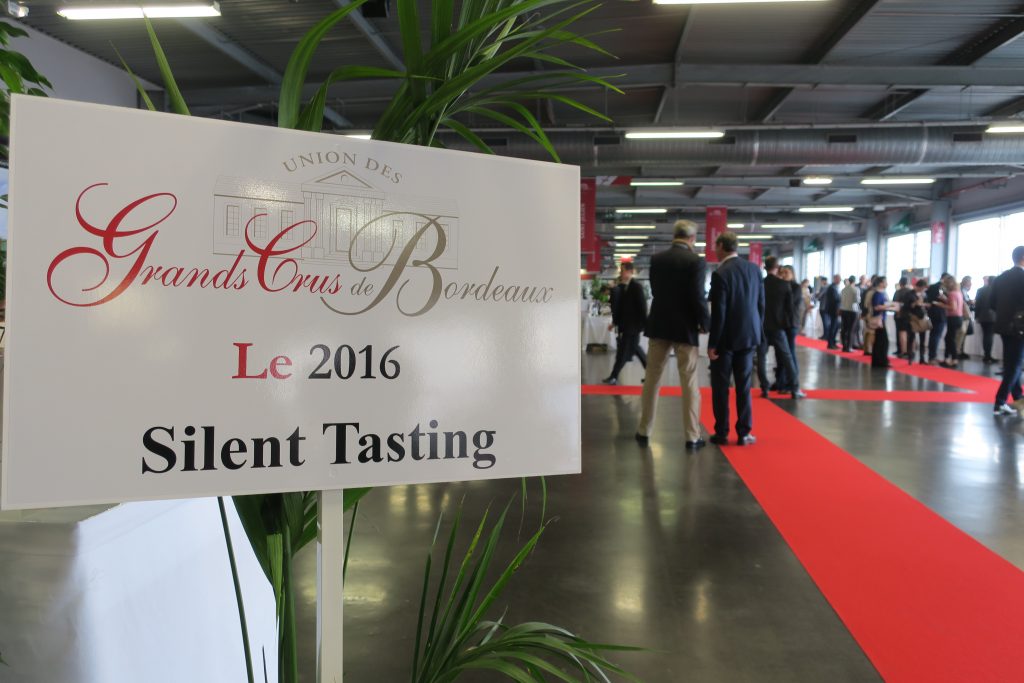 “This is a professional tasting,” our escort told us, with a touch of concern in his voice. He was leading me and five other wine bloggers into the Union des Grands Crus de Bordeaux “Silent Tasting.” After we agreed on a place to meet after some time on our own to sample whatever wines caught our eyes, he reminded us, “This tasting… it’s professional.”

I can’t deny that I felt a little irritated at the time. Did he think we would embarrass ourselves in there? We were Millésima’s 2017 Wine Blog Award winners, which meant that each of us surely had at least some experience tasting wine. But this was Bordeaux, and Bordeaux during En Primeur Week, no less, when everyone who’s anyone in the wine world descends on the region to sample and evaluate the latest vintage. Bordeaux is synonymous with wine aristocracy, and I’m guessing that our escort felt worried that we wine commoners might not mix well with the nobility. 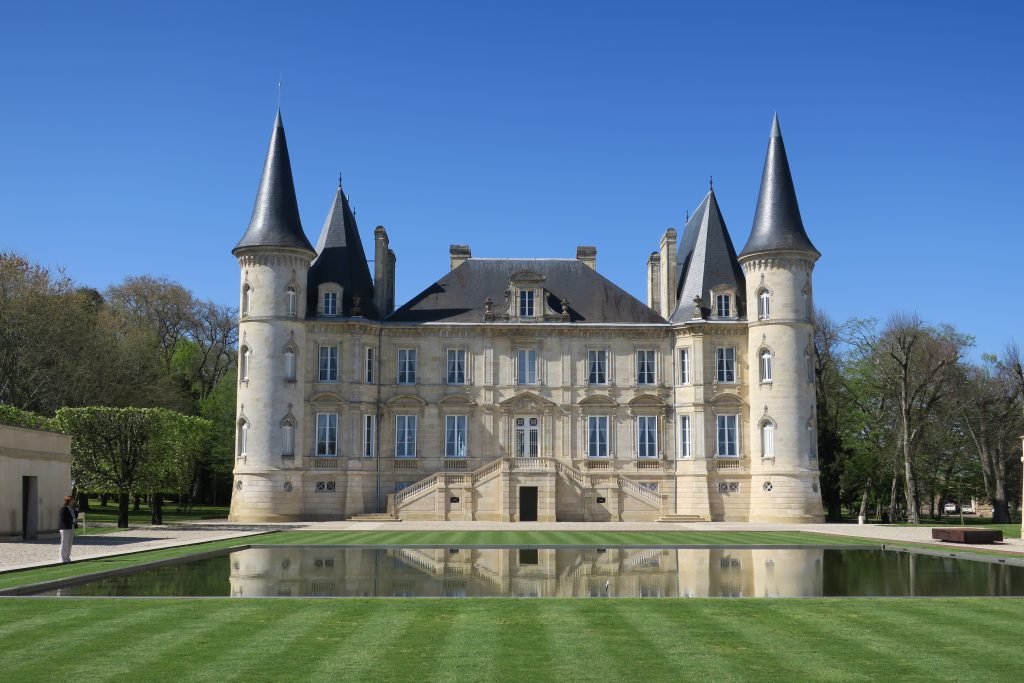 Our escort’s feelings, considered in that context, were perfectly understandable. I can think of few wine regions more intimidating to the average wine consumer than Bordeaux, where bottles have labels depicting palatial châteaux and, in many cases, prices to match. It’s a place, in the popular imagination, where only people with enormous wallets, super-sensitive palates and double-breasted blazers (or better yet, all three) are welcome.

But Bordeaux does not have a monopoly on intimidation. I’ve met numerous people who enjoy wine but fear being judged in a tasting room setting, regardless of the location. What if you smell peony in the aroma, when in fact you’re supposed to smell gardenia? What if the winemaker tells you that you should be tasting a gooseberry note, but you don’t even know what the hell a gooseberry is? In short, what happens if you get it wrong?

Being told you’re wrong feels terrible, and there are seemingly so very many ways to get it wrong with wine. 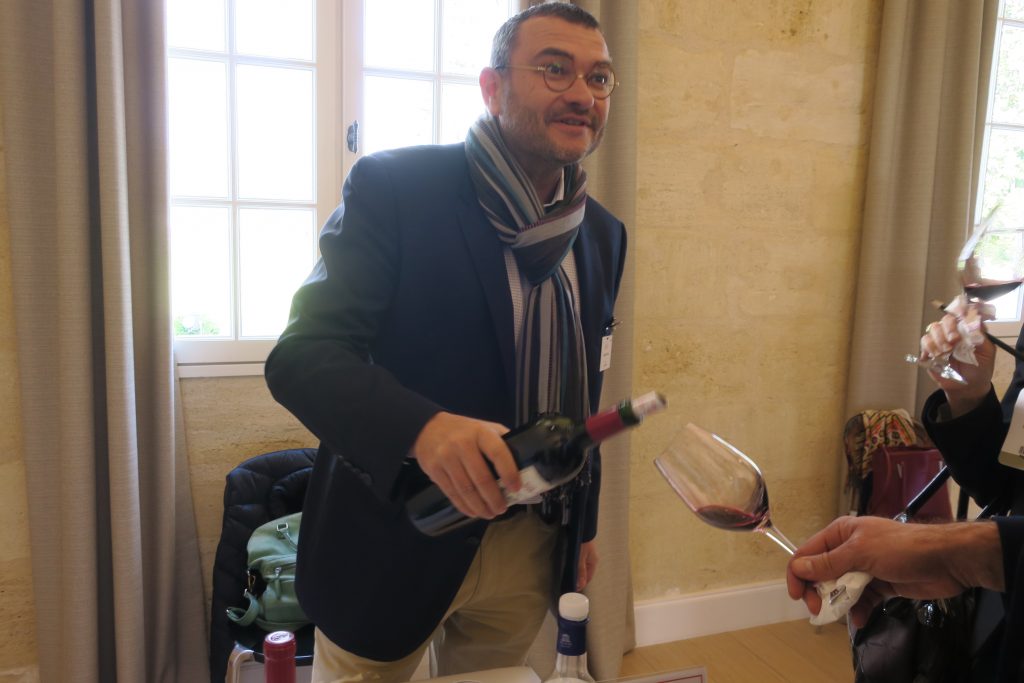 Fortunately, most winemakers and winery owners aren’t waiting, panther-like, to pounce on you for saying the wrong thing. Not even in aristocratic Bordeaux.* Not that you would know it from attendees’ behavior during tastings at En Primeur Week. Millésima took us to numerous public tastings over the course of the week, and I noticed a pattern, a pattern I’ve seen at quite a few other walk-around tastings over the years.

If the tasters spoke to the pourers at all, it was usually just to indicate the wine they wanted to try. Tasters sometimes sampled the wine at the table, with dare-to-impress-me looks on their faces, or else took the wine elsewhere to try it. They might talk with fellow tasters about the wines, but I observed very few tasters giving the pourers any feedback. Curious to see if the pourers at the Union des Grands Crus de Bordeaux event were indeed the haughty monsters of myth and legend, I decided to share my impressions of the wines with them as often as possible. 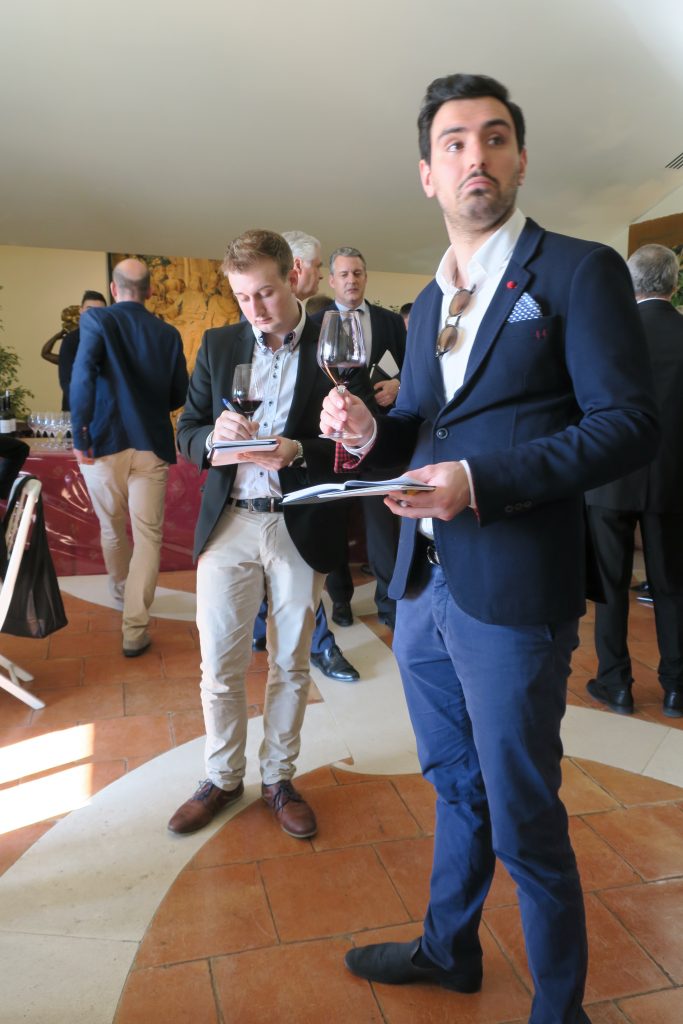 Not a single one of the pourers, who ranged from marketing people to the winemakers themselves, responded to my comments with snobbery. Some looked quite surprised to be hearing from me, and when I complimented the ripeness of the fruit or the balance or the refined texture, of course they looked pleased. They’re human! And all humans — even Bordeaux winemakers — like receiving compliments. When I ventured a more creative description, such as, “The finish of this wine [the 2016 Smith Haut Lafitte] is like putting your head into a big soft pillow of tannins,” I gave us a meatier starting point for a discussion, and the pourers seemed to enjoy it even more.

These were not scary people. Indeed, if anyone in the room was stand-offish, it was the tasters. They wore facial expressions of slight disdain like armor. Some of them avoided interactions with pourers as a time-saving measure, allowing them to taste more wines. But I saw many tasters standing around chatting with their friends and colleagues. For them, avoiding pourers wasn’t about saving time. It was about not being vulnerable. It was about the simple and ubiquitous fear of looking foolish.

I’m not the only one to have noticed the predominance of stand-offish tasters. After trying the new vintage of Château Petit-Village in Pomerol, we sat down to lunch at the winery to enjoy a vertical tasting (a tasting of several different vintages of the same wine). I sat near one of the winery’s PR people, an elegant woman perhaps in her late 20s or early 30s. Whenever I tasted a wine — which I did with undisguised pleasure — she stared at me, smiling and shaking her head. “Wonderful!” she said, almost under her breath. 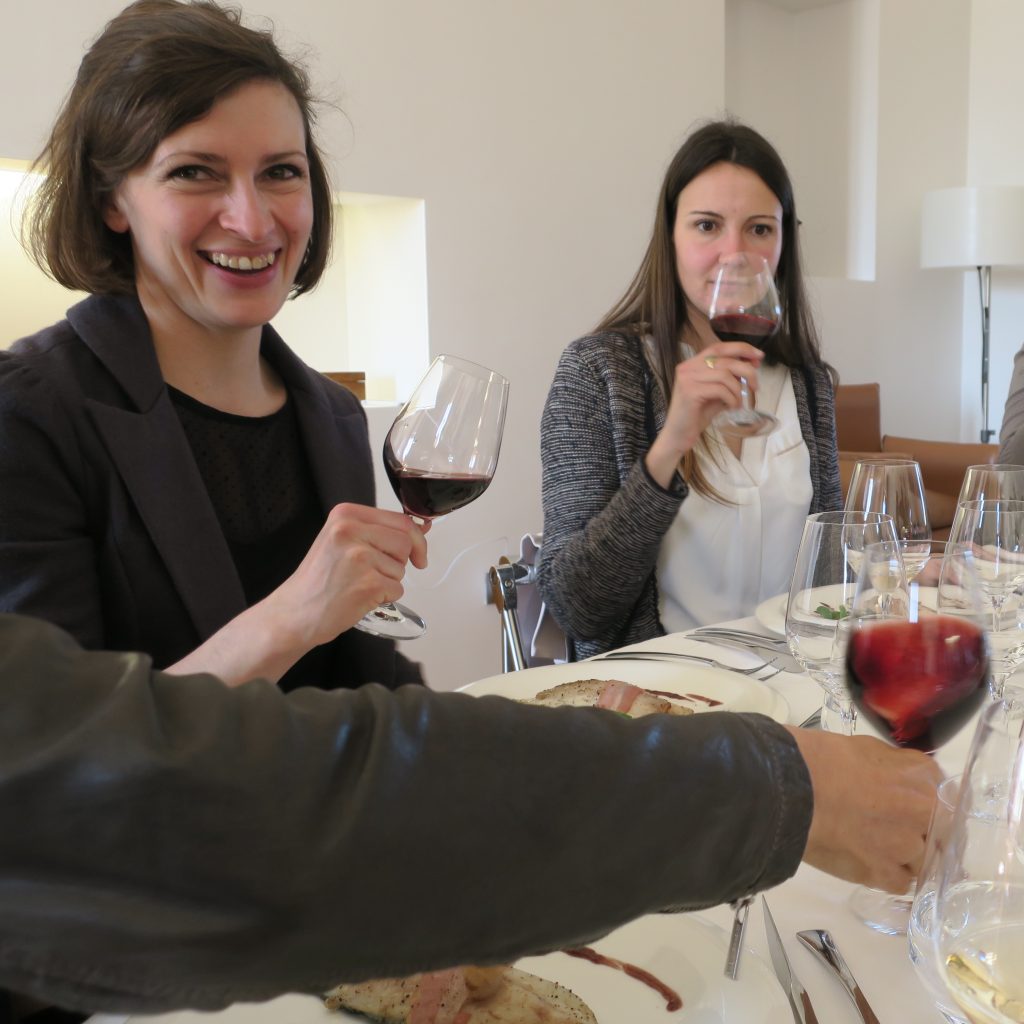 I asked her what she meant, and she explained that most people, when they come to taste, do not visibly respond to the wine. Their faces do not change; they don’t make any sound; they don’t share their impressions. “You are so expressive! Wonderful…” she said again, looking at me like I was a delightful if incomprehensible alien. We had great fun talking about the wines together.

Tasting wine with those who work in the industry can be anxiety-provoking. Even professionals, as evidenced by the behavior of many tasters at the Union des Grands Crus de Bordeaux event, can feel intimidated. No one wants to look like they don’t know what they’re doing. But the path through the fear of looking foolish is not silence and impassivity. Talk to the pourers. Give them a compliment and see what happens. In most cases, both you and the pourer will end up feeling esteemed.

And if you do happen to encounter one of the few remaining snobs in the industry who tells you that no, it’s not peony you’re smelling but gardenia, remember two things: First, it’s not about the wine. He’s trying to boost his own self-esteem by making himself right and you wrong. Second, this is one of the few times in your life you’ll have the chance to use the phrase, “Fuck your gardenia.” Don’t pass it up.

*Bordeaux is, in a sense, old money. The people there generally have no interest in trying to make you feel inferior. Napa, on the other hand, is new money, and it’s one of the few places where wine snobbery still has a foothold.

6 Comments to “Intimidation In Bordeaux”