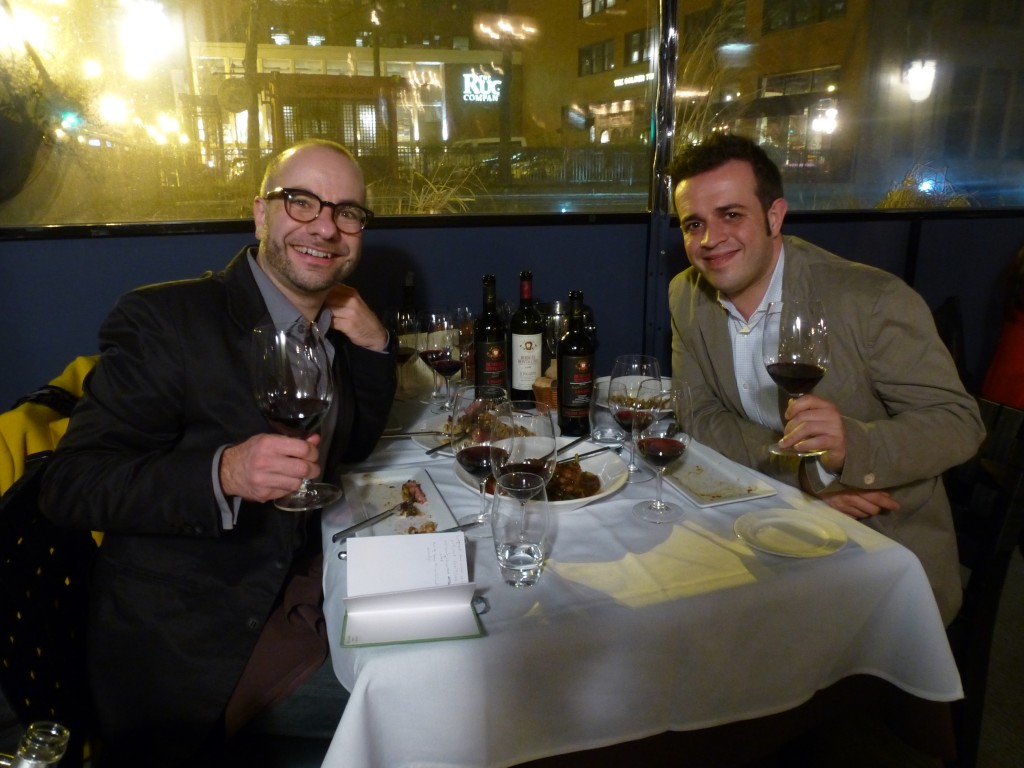 If you discover that wine from a certain nearby region is generally not to your liking, you can take a number of courses of action. A normal oenophile would probably just drink wine from another region. A more obsessive/compulsive oenophile might doggedly keep trying wines from that region until she found one that agreed with her palate. But these solutions, in the end, are for amateurs.

If you’re a professional, like Alessandro Bindocci, you go to that region, rent a vineyard, and make the wine yourself.

Traditionally, wine made from Barbera, a respected variety from Italy’s Piemonte (Piedmont) region, did not see a lot of time in oak. In fact, according to The Oxford Companion to Wine, it wasn’t until the 1980s and 90s that “a small number of Barberas underwent a significant metamorphosis” as producers undertook barrel maturation. And originally, the Companion continues, the notion of aging Barbera in barriques (small casks holding approx. 59 gallons) was greeted with “local bewilderment.” But nowadays, many of the Barberas you’ll find are aged in barriques of new French oak.

According to The World Atlas of Wine, these barrique-aged Barberas “conform more closely to the modern red wine stereotype: big, bold, deep purple, and easy to appreciate in youth.” But if you like your red wine with food, acids are the most important thing. Bindocci finds many of these new Barberas over-oaked, with not enough acid to balance things out (a complaint commonly expressed about many California wines).

As a fourth-generation winemaker, Bindocci was uniquely positioned to change things. Under the Mazzoni label, he rents Piemonte vineyards and vinifies the wine himself in stainless steel. The wine is then transported to Montalcino’s Il Poggione winery, which his family has managed since the 19th century. There, it is bottled and bottle-aged in Il Poggione’s cellars.

It seems like a lot of trouble. I suspect I would have been satisfied to give up Barbera altogether and simply drink the local Brunello di Montalcino! But then Bindocci shared a glass of his 2009 Mazzoni Barbera with me, and I could understand his passion for it. It had a tightly wound, earthy aroma. I took a sip and was greeted by a burst of fruit, some controlled black-pepper spice and an almost raisiny finish. It had a velvety texture, and though it tasted rich, it was quite light on its feet (thanks to those important balancing acids). The Mazzoni tasted even bigger and fruitier paired with some roasted red peppers, capers and burrata. And sampled with some prosciutto, notes of iron came to the fore.

I wonder if Bindocci’s decision to age the wine in stainless steel instead of the now-ubiquitous oak once again caused “local bewilderment”? Cheers to him for having the courage to buck tradition. 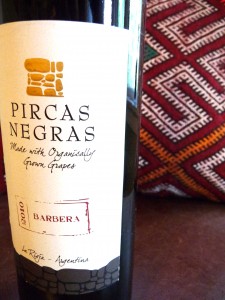