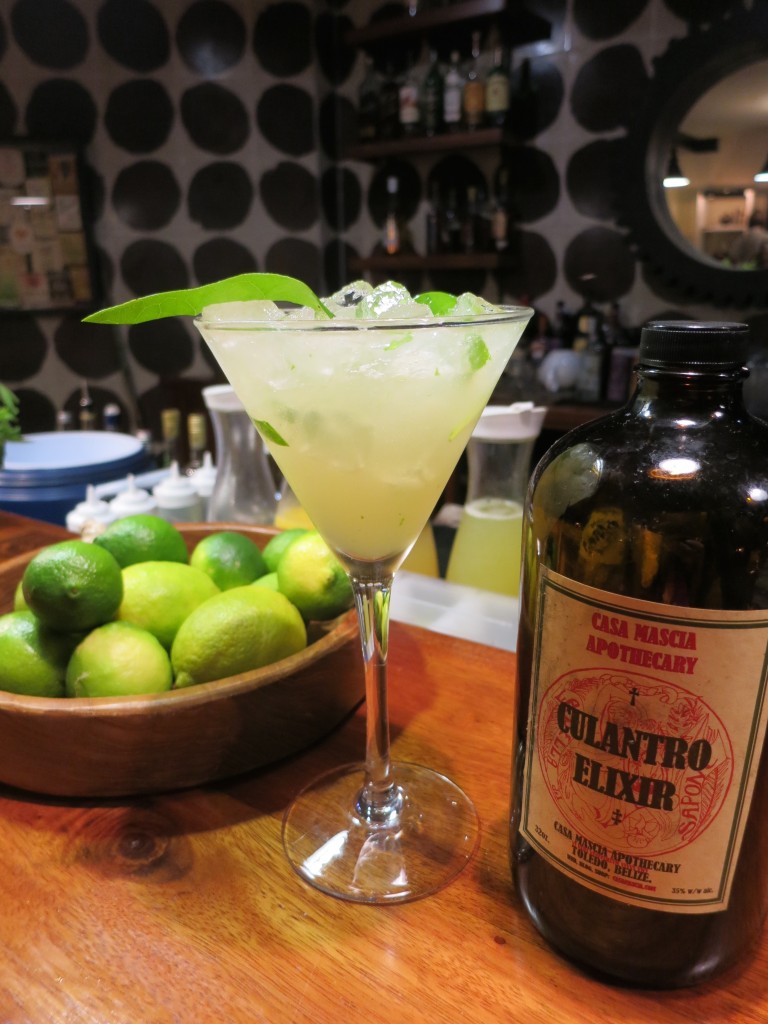 I must admit that I didn’t expect to enjoy much fine drinking in Belize. I knew the country made rum, and, for better or worse, cashew wine, but that certainly wasn’t the reason I visited. What drew me was the uncrowded Mayan ruins and sensational snorkeling. I didn’t have hopes of finding unique craft cocktails in remote jungle lodges.

Nevertheless, there they were:

My first stop in the country was Belcampo Belize, a jungle lodge near the coast with a very creative barman, Tim. He created the best thing I drink in all of Belize, the “Spicy Mayan.” Fortunately, Tim put a lot more thought into the cocktail itself than he did the name. I’ve never tasted anything quite like it.

First, he muddled some fresh allspice leaves in a shaker, releasing their oils. Ancient Mayans, a guide told me, used to chew allspice leaves in order to numb their mouths before dentists embellished their teeth with jade dots or performed other dental procedures. I tried chewing an allspice leaf, and while I did notice a numbing sensation, the leaf did not strike me as an adequate substitute for Novocaine. As a nibbled the leaf, my guide said something insane about ancient Mayans using molten jade to decorate their teeth, and I took a moment to heartily thank God for modern dentistry. But I digress.

Tim muddled several allspice leaves, shaking them with a mix of white rum, lime, simple syrup and Casa Mascia Apothecary Culantro Elixir, a liqueur made from cilantro’s wild cousin. The result, served over ice and garnished with an allspice leaf, had an inviting aroma of cilantro. Sour, sweet and herbaceous flavors balanced each other beautifully, and the slight numbing sensation of the allspice enhanced the cocktail’s general feeling of freshness. This drink, in short, was absolutely superb. 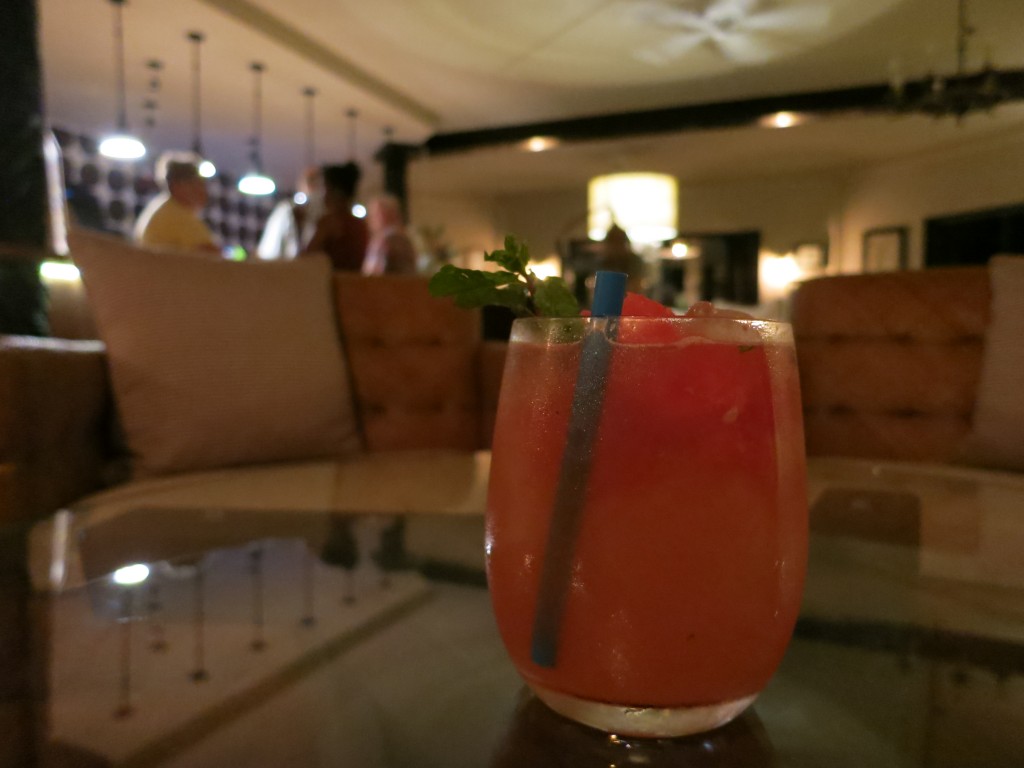 While staying at Belcampo Belize, I also tried a delightful Watermelon Smash. Fresh watermelon, I find, makes a delicious and versatile mixer, and I would love to see it used more often in U.S. cocktail bars. In this drink, it was combined with bourbon, fresh lime juice, mint and Peychaud’s Bitters. It was sweet, a little tart, and far too easy to drink. I rather loved it. 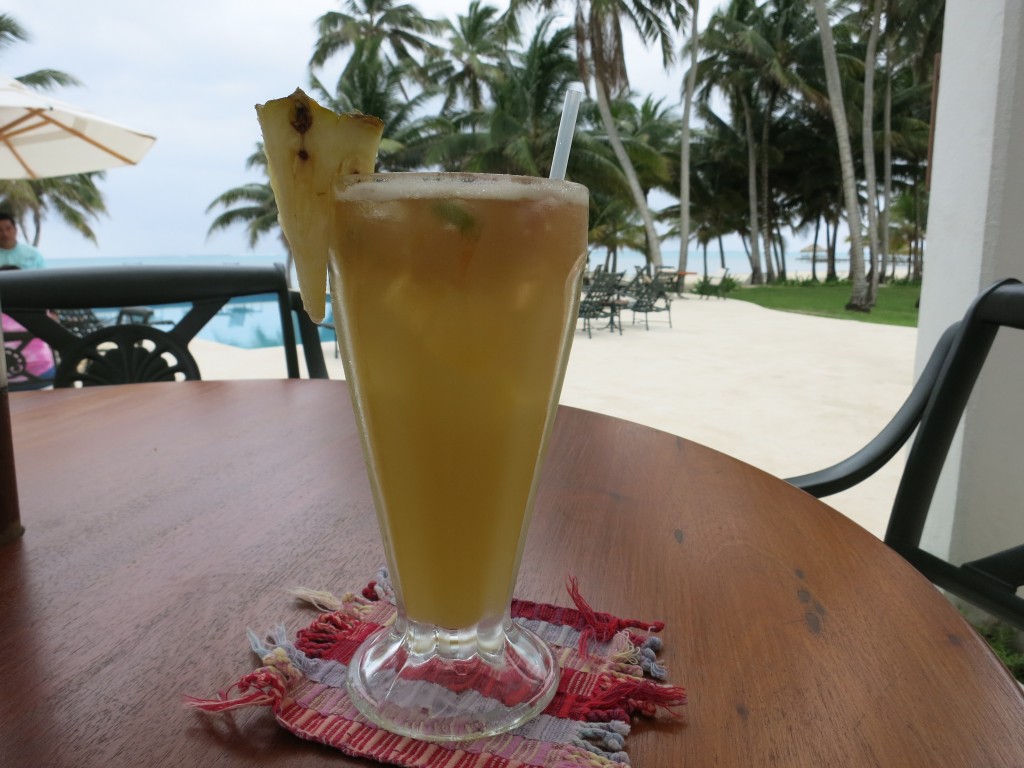 My lunch at Victoria House, one of the most highly regarded properties on Ambergris Caye, was not a success. The seared grouper had obviously emerged straight from the freezer, not the sea, which is unconscionable considering that countless numbers of the fish swim along the reef within sight of the hotel. I played dumb and asked my waiter where the Victoria House got its grouper. Pointing to the ocean, he exclaimed, “Right there!” But he gave the game away when he continued, “We get it from local fishermen every Tuesday and Thursday.” (I dined there on a Sunday.)

Fortunately, my Planter’s Punch tasted much better than the bland, gummy fish on my plate. The bartender modified the standard recipe a bit, using both white and dark rum instead of just dark, and omitting the grenadine. I didn’t miss it, however. The drink tasted of pineapple tinged with a hint of molasses, and though it was fruity, it didn’t feel overly sweet. It was a pleasure to sip it as the palms along the beach swayed in the breeze. 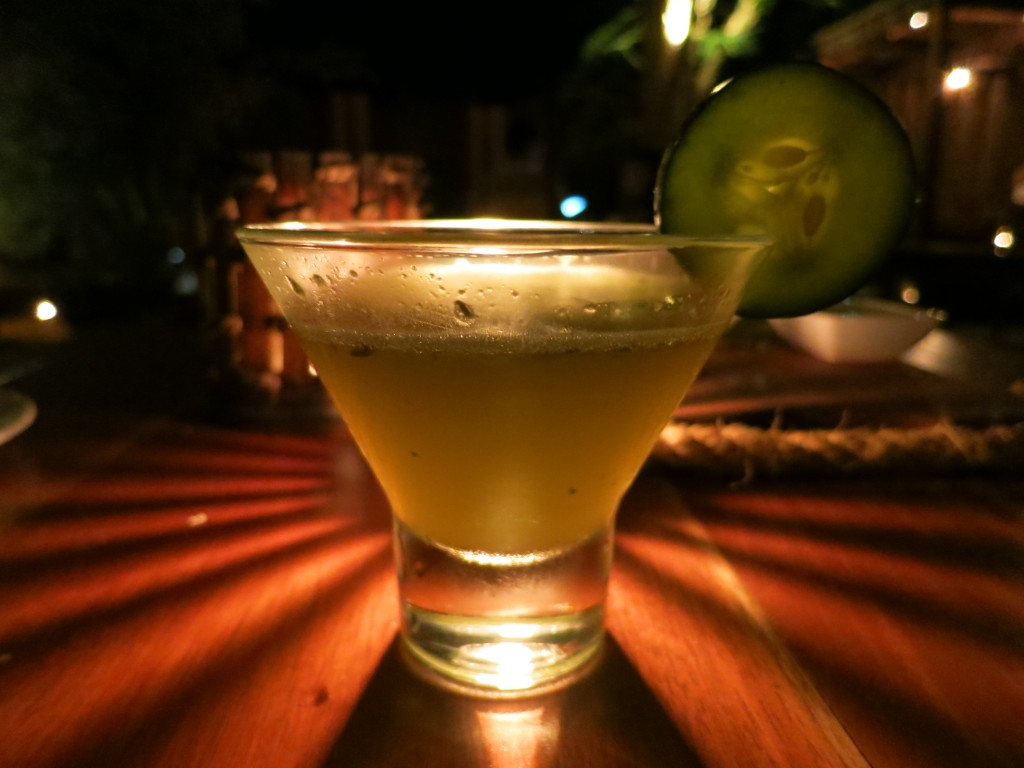 The photo above makes this unusually named cocktail look like something sent from heaven, but this drink was more of a taste of purgatory. I ordered it at Ka’ana, a jungle resort near the ancient Mayan city of Xunantunich. It sounded perfectly lovely; the menu described it as a fairly straightforward mix of vodka, cucumber, mint, lime and ginger. But what should have been refreshing, cool and complex tasted almost unbearably tart, and when that flavor had finished bashing in my palate, some overbearing ginger spice gave it an extra kick for good measure.

My waitress confided that very few people actually like the drink. Who would? But why Edward the Cucumber continues to dishonor the menu with his presence remains a mystery. 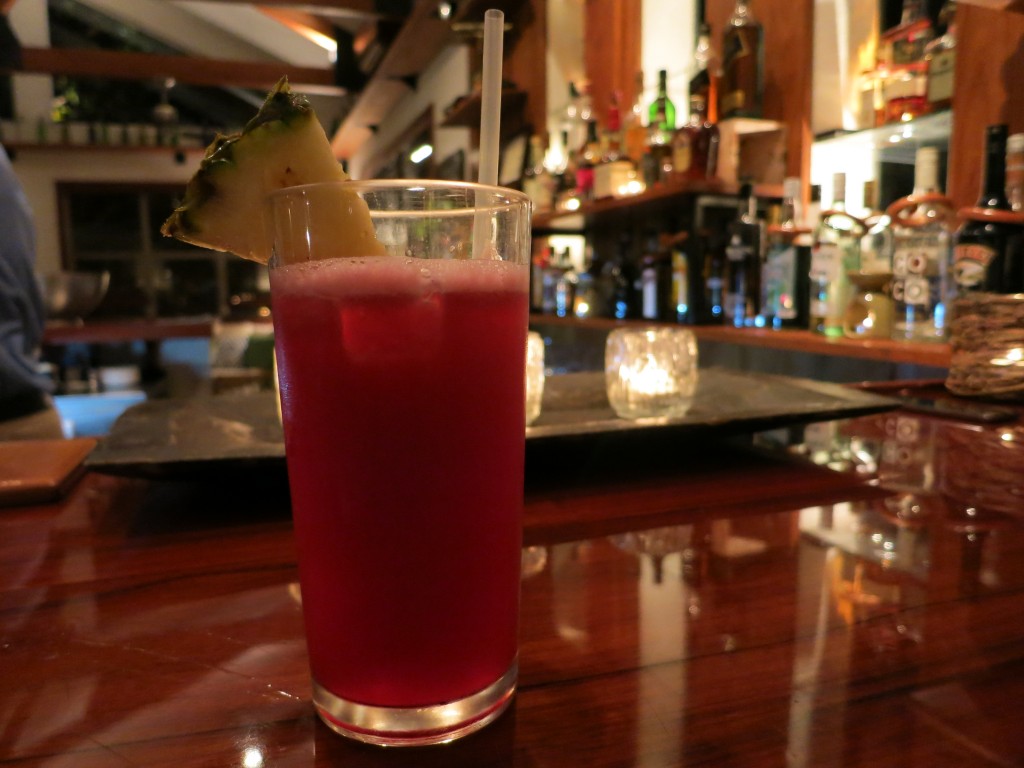 Ka’ana’s bartender redeemed himself the next night with this cocktail, an attractive Hibiscus Daiquiri. A standard Daiquiri is one of the simplest and loveliest of cocktails, a perfect mix of rum, fresh lime juice and simple syrup. Here, the bartender steeped fresh hibiscus flowers in hot water and used the resulting infusion to make the simple syrup. The drink tasted tart and sweetly rummy, as it should, and just a touch floral. Delicious.

Belize, it turns out, isn’t just good for ancient cities hidden in the jungle, or eye-popping coral reefs inhabited by purple sea fans, acid-green eels and turquoise parrot fish. The compact country has more than its fair share of bartenders mixing up superlative cocktails. And there’s something especially wonderful about sipping something as civilized as a well-crafted cocktail while surrounded by unspoiled nature.