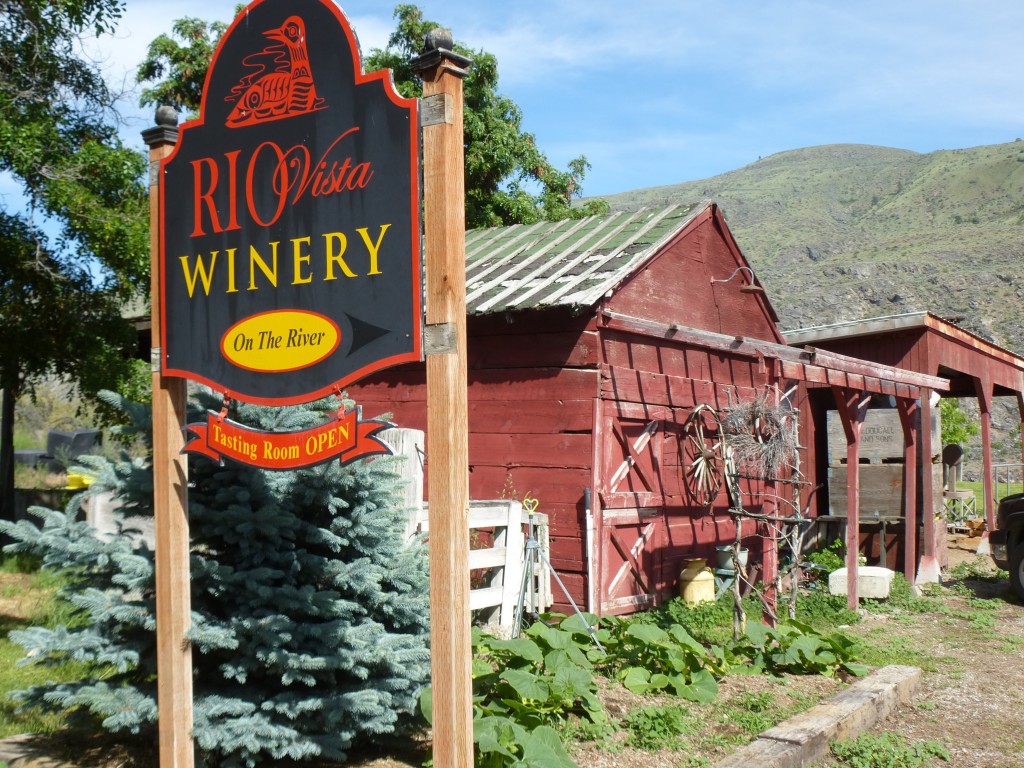 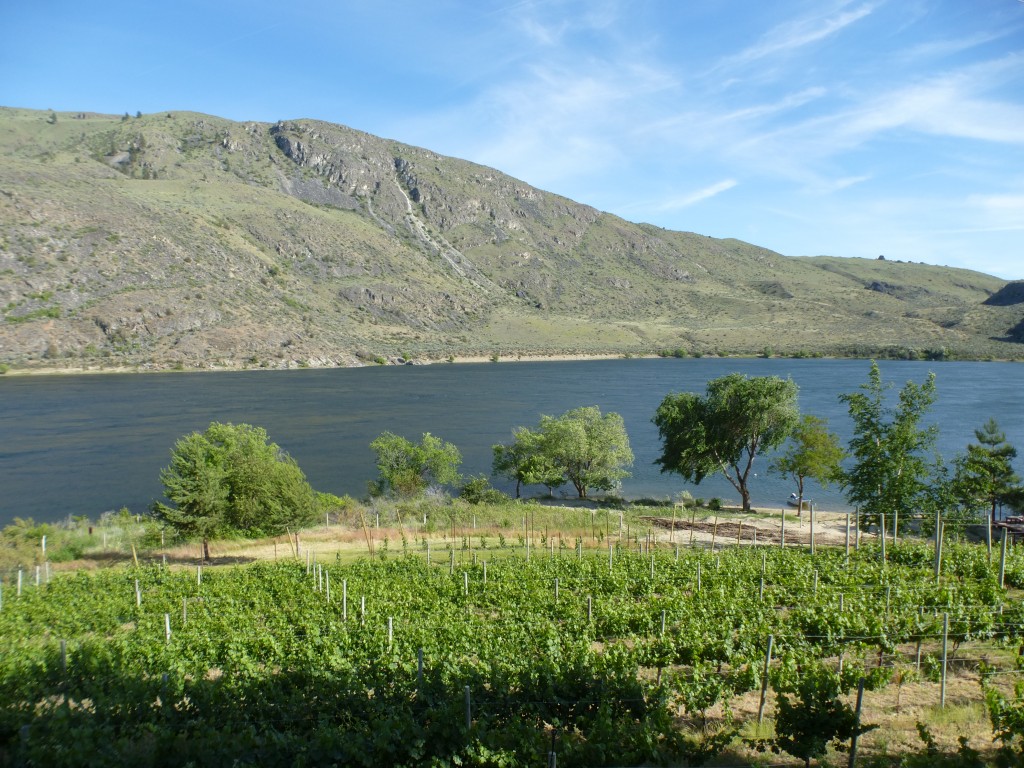 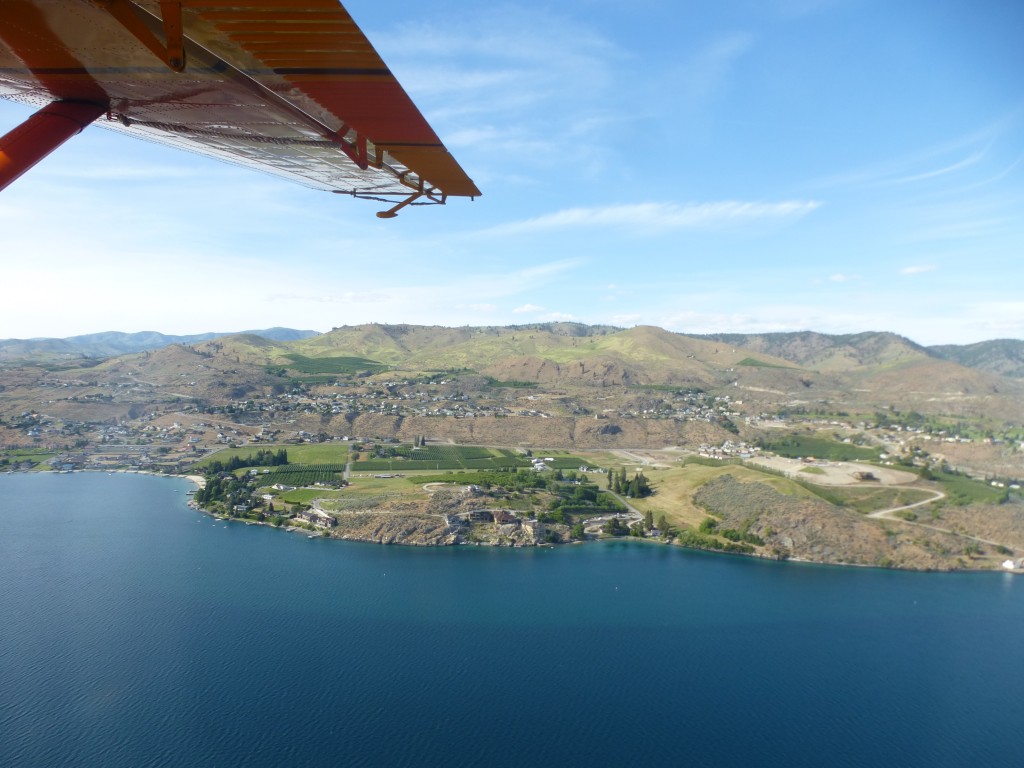 The Scenic Splendor Of Lake Chelan 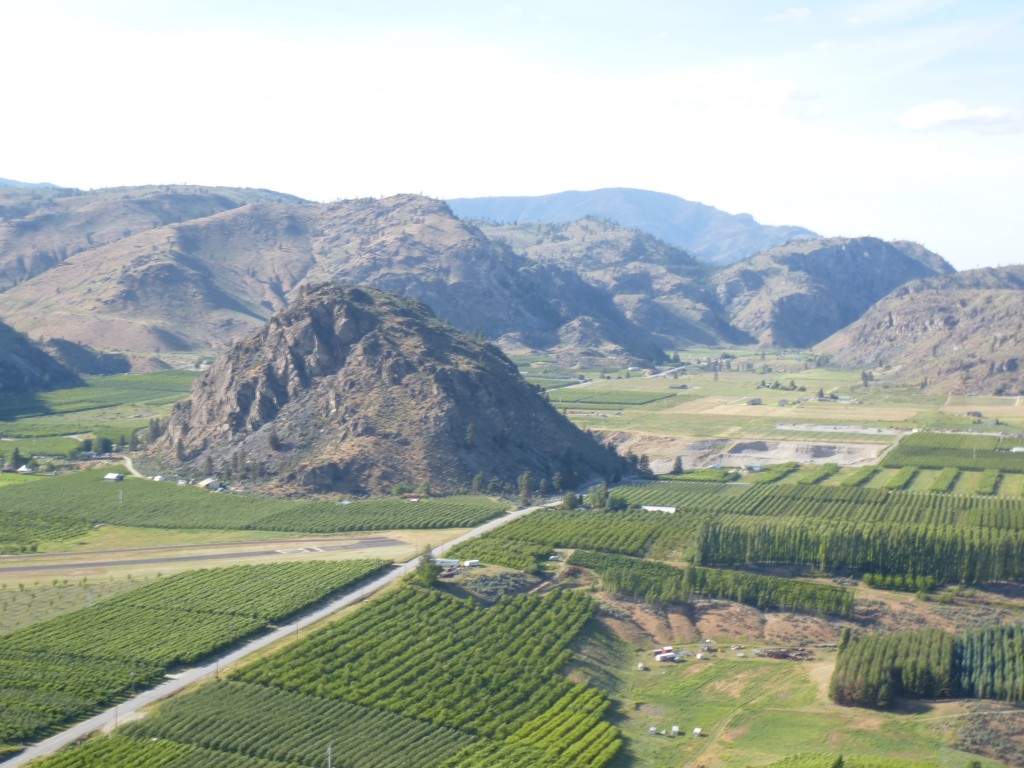 Already the Wine Bloggers Conference has been unforgettable, and I’m not even at the conference yet. I joined the pre-conference excursion from Seattle to Lake Chelan, a wine region granted its AVA status only in 2009. The first vineyards appeared only in 1998 or so — until then, it was just apples and tourists coming for the lake and the long, reliably sunny summer days. Seattle has a justified reputation for damp, but to the east it’s a veritable desert. 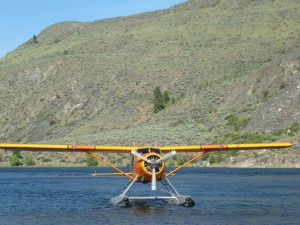 And what a desert. Our introduction to this brand-new wine country was by float plane. It pulled up to the dock of the Rio Vista Winery, perched above us on the bank of the Columbia River. Refreshingly, we were allowed to board the six-person plane without a security pat-down.

As we rose above the river, the grandeur of the landscape spread out before us, the rugged hills green with scrubby grass, conifers and orchards. We swung up the lake itself, a fjord-like spear surrounded by bluffs, vacation homes and hillside vineyards. The development on its shores indicated that Lake Chelan was not exactly a secret, but the appeal of the landscape was confirmed once we checked into our lakeside hotel and reconfirmed as we watched a spectacular sunset over dinner from Tsillan Cellars.

And what about the wines in this newborn AVA? Could they possibly live up to the setting? It seemed, frankly, unlikely. Stay tuned…

The Desert Vineyards Of Washington State 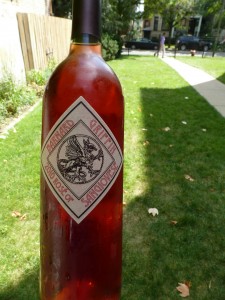 A hurricane may be raging along the East Coast, but in Chicago we’re having some of the loveliest weather we’ve had all year. It was a perfect chance to relax outside with a glass of rosé, my favorite fun summer wine.

Although my wine rack currently overflows with bottles, only one rosé was left — a 2010 Barnard Griffin Rosé of Sangiovese. I couldn’t remember ever tasting a Sangiovese rosé, much less one from Washington State. It was an ideal choice (of course, the total lack of other options also contributed to the selection process).

Before settling down with a glass, I researched Sangiovese a bit, wondering what this common Italian varietal might be doing up in Washington State. It came as a surprise to read in The Oxford Companion to Wine that “Sangiovese’s principal characteristic in the vineyard is its slow and late ripening…” Washington isn’t known as the sunniest of states, leading me to wonder how this grape might get enough sun to fully develop.

I really became curious how on earth anyone could grow this varietal in Washington when I went on to read that “The grape’s rather thin skin creates a certain susceptibility to rot in cool and damp years…” Washington State would seem to be the epitome of cool and damp — who would be crazy enough to grow Sangiovese there, and how did they possibly make it work?

And here my lack of knowledge about the Columbia River Valley’s terroir became all too apparent. END_OF_DOCUMENT_TOKEN_TO_BE_REPLACED 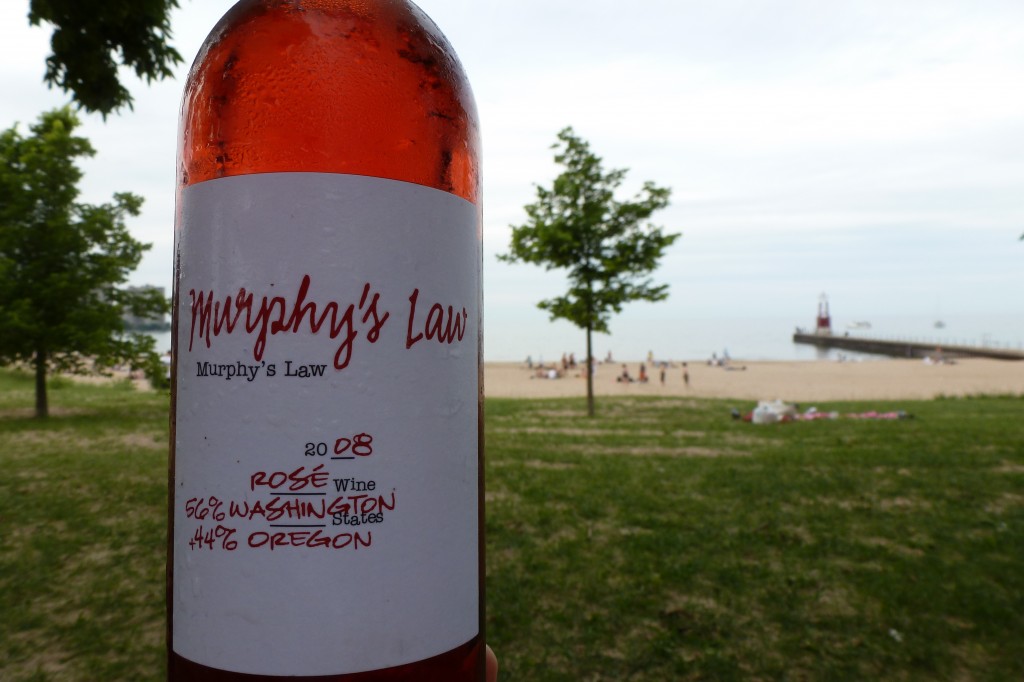 Hours-long picnics are one of the great joys of summer. When gathering up bottles of wine to accompany the pasta salads, cheeses and fruits, I invariably reach for a bottle of dry rosé. There’s something inherently fun and casual about pink wines; they’re difficult to take too seriously. And yet, the best of them are a far cry from insipid White Zinfandels, with luscious fruit and a reassuringly adult finish of stone.

Many of the most renowned rosés come from Provence, but wine regions all over the world now produce excellent examples. While browsing the unfortunately brief selection of rosé at Whole Foods recently, I discovered one called Murphy’s Law which comes 56% from Washington and 44% from Oregon.

Intrigued, I examined the back label and found a plea from the winemaker: “Please don’t jinx this fragrant and intense blend of ‘All-Star’ grapes from primo vineyards in the Pacific Northwest.” Although Pinot Noir (44.2%) is an A-List celeb, Counoise (45.8%), Grenache (5%) and Blaufränkisch (5%) are unquestionably David Hasselhoff varietals: Big in Europe.