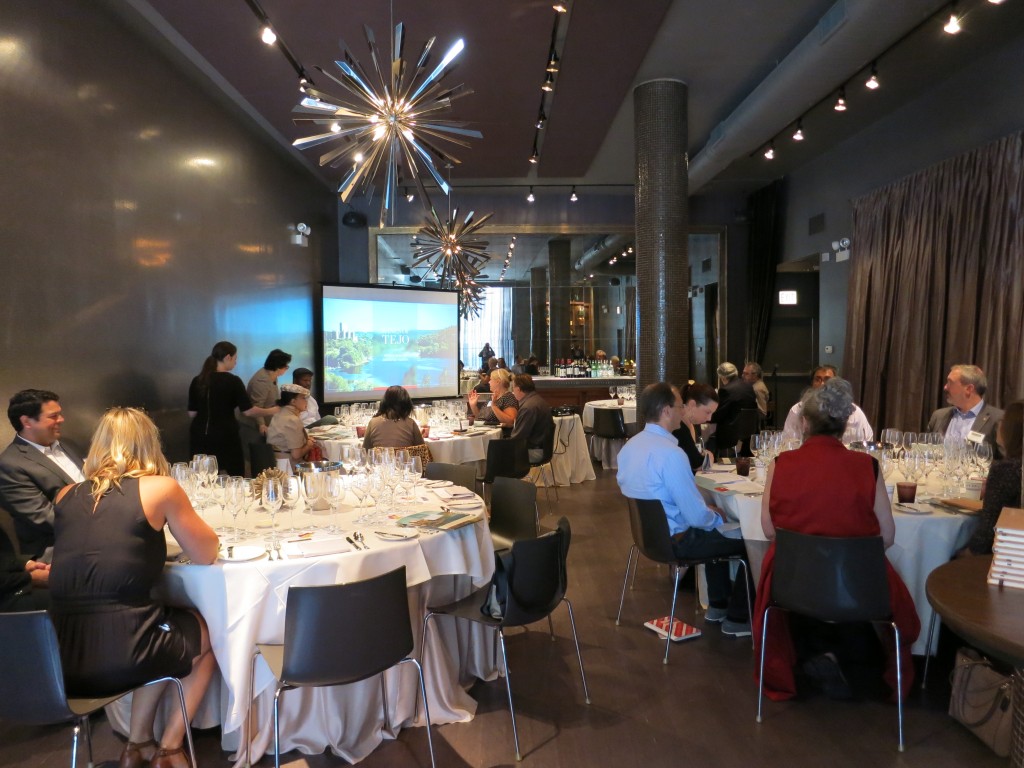 I love having leisurely wanders through wine shops, taking time to ferret out one or two unusual treasures. But then there are the times I just can’t be bothered, because I’ve got people coming over soon, and I don’t want to spend a lot of money on them because they’re friends but not good friends, yet I have to pour something delicious because they know I’m a wine blogger, so I need something unusual but at the same time normal enough to please a varied group of people about whose wine preferences I know very little. That’s when I reach for Portugal.

Portugal’s blessing and curse is its array of unique indigenous grape varieties. Grapes like Touriga Nacional and Encruzado make distinctive, potent and exciting wines, but they lack name recognition outside the country. Who wants to risk a lot of money on an unknown? The fact that many Portuguese wines blend several semi-pronounceable grape varieties into a complete mystery bottle only confuses matters further for foreign buyers. That keeps prices, even for high-quality wines, much lower than they might otherwise be. 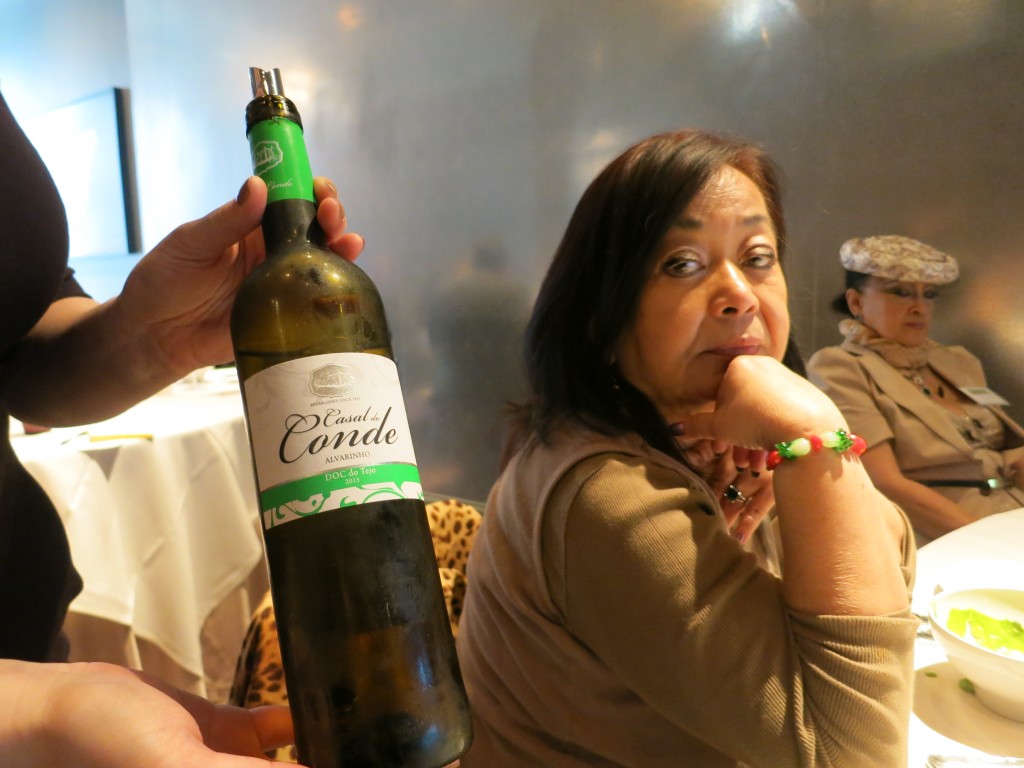 My impression of Portugal — as a country which produces crowd-pleasingly fruity and balanced wines for excellent price — was only reinforced at a recent lunch I attended showcasing the wines from the Tejo region (formerly Ribatejo), just northeast of Lisbon. The Duoro Valley farther to the north, home of Portugal’s most famous wine, Port, gets all the press, but as this lunch demonstrated, vineyards along the Tejo River (also known as the Tagus) are also producing wines that offer impressive flavor for the money.

In fact, as The Oxford Companion to Wine explains, Tejo “was for many years the anonymous source of some of Portugal’s best red wines, the Garrafeiras… sold under the name of a merchant rather than that of the region.” And since the end of the last millennium, the quality has only improved, according to The World Atlas of Wine, because “EU subsidies persuaded hundreds of growers [in less favorable areas] to uproot their vines.” The remaining vineyards occupy better locations, and just as important, “There has been a move towards the nobler indigenous grapes,” as the Atlas goes on to describe. At the lunch, I also learned that foot-treading grapes is still in use at many wineries!

Even in a large wine shop won’t likely offer too many choices from the Tejo; you’ll be lucky to see two or three. But if this recent lunch and tasting was any indication, you can pick up just about any bottle you find and trust that you’ll get some good bang for your buck. Here is an idea of what to expect: 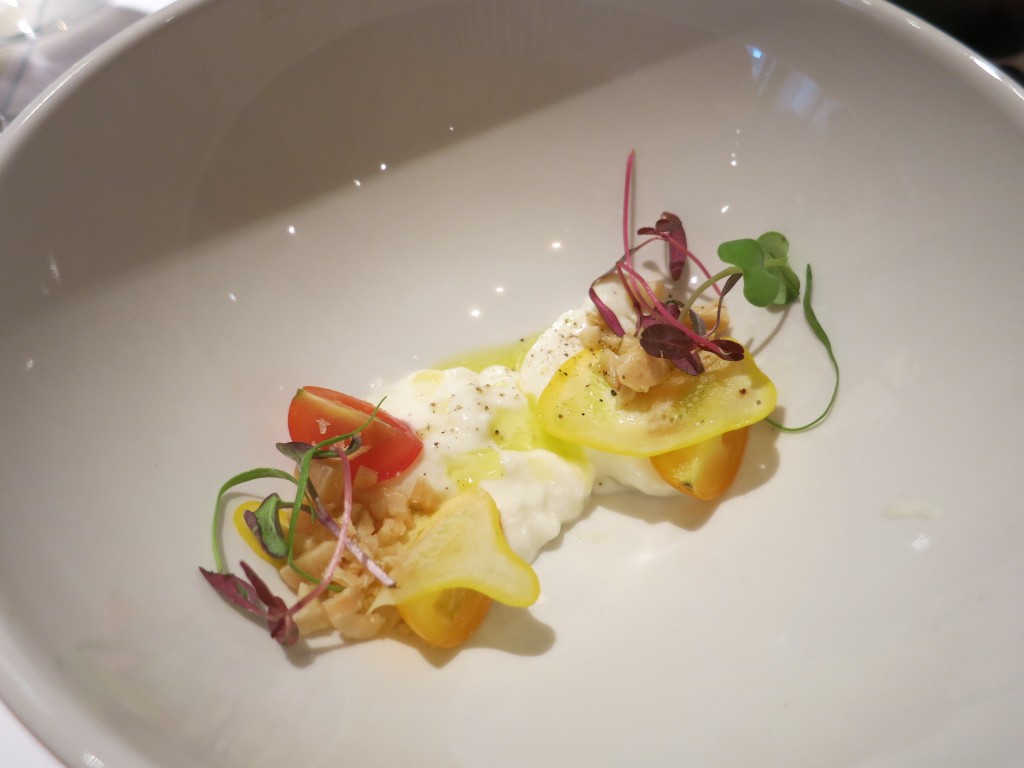 The foundation of the zucchini-basil gazpacho

2014 Quinta da Alorna Arinto: According to both the Wine Atlas and the Oxford Companion, Arinto is a grape prized for its high acidity, a good indication that an Arinto varietal wine will pair well with food. This example had an aroma of dried herbs and fresh, cool white fruit, and it tasted clean, spicy and bright. The lemony acids mellowed with some zucchini-basil gazpacho enriched with creamy burrata cheese. Not too shabby for a $10 wine!

2014 Casaleiro Branco Reserva: I liked this blend of 50% Arinto and 50% Fernão Pires even better, with its fresh swimming-pool aroma and round, spicy character. Its zesty limey acids stood up very well to the soup. Fellow wine blogger Thaddeus Buggs of the Minority Wine Report remarked, “It reminds me of a Sancerre; it’s mineral-driven and has lots of acids.” High praise, especially considering the $11 price tag.

2014 Quinta da Ribeirinha Vale de Lobos Branco: The World Atlas of Wine describes Fernão Pires as “adaptable” and notes that it produces “large volumes of simple, honeyed, and sometimes slightly spicy, dry white wine.” That doesn’t sound especially encouraging for this 100% Fernão Pires from the Valley of the Wolves, but I quite enjoyed its rich fruit, tart orangey acids, ample spice and slightly bitter undertone. It had weight and focus, and I found it quite classy. Of the three whites, it stood up best to the soup. A superlative value for $11. 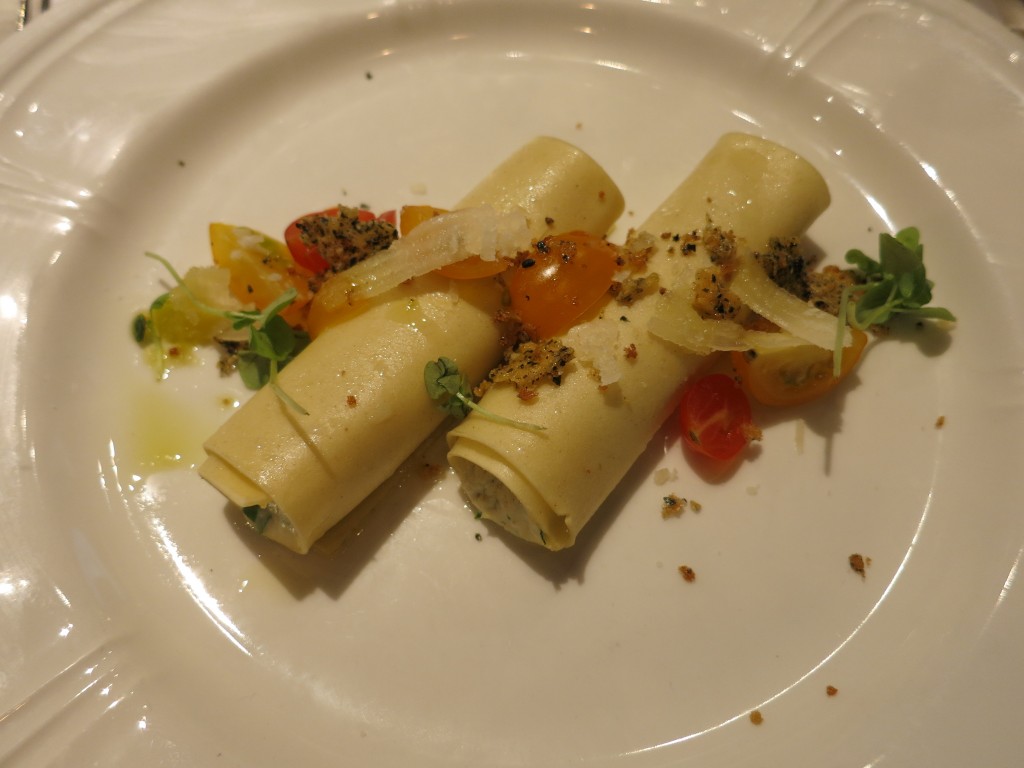 2013 Casal do Conde Alvarinho: You might be familiar with this thick-skinned grape variety by its Spanish synonym, Albariño. Casal do Conde, which focuses on varietal wines expressive of their terroir, did a masterful job with this aromatic white. It took me on a real journey, moving from white fruit to wood to focused spice. Another sensational value for $14 a bottle. Casal do Conde is a winery to watch.

2014 Quinta do Casal Monteiro “Margaride’s”: This blend of 50% Chardonnay and 50% Arinto paired beautifully with some ricotta-stuffed cannelloni, or more specifically, with the savory Parmesan crisps atop them. I enjoyed its rich, dusky aroma marked by a touch of creaminess, and its focused peachy fruit and orange-peel acids. Thaddeus also detected “almost a lychee note.” Unique and delicious, and — it can’t be a surprise at this point — it’s a great deal at $12.

2012 Pinhal da Torre Quinta do Alqueve Tradicional Tinto: This winery employs traditional foot treading, which theoretically treats the grapes more gently than a mechanical press. Master Sommelier Eric Entrikin, who presented all the wines at the lunch, met the winemaker on recent trip to Portugal. “Every tenth word out of his mouth was, ‘I suffer,'” Eric related. Perhaps, like grape vines, it’s beneficial for winemakers to suffer as well; this blend of Touriga Nacional, Aragónez, Trincadeira and Castelão had ripe-but-taut fruit, ample acids and a focused, spicy finish. I loved its combination of ripeness and tightness, and it’s a ridiculous value for $12. 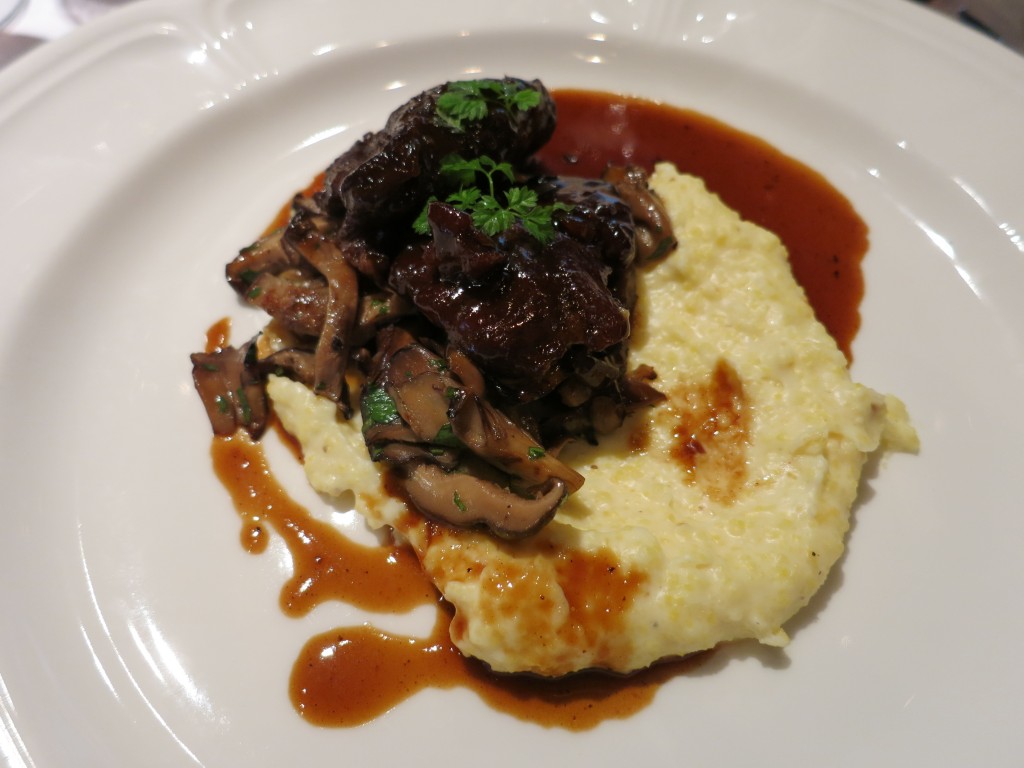 2012 Adega Cooperativa do Cartaxo Bridão Classico Tinto: While tasting this wine, Entrikin remarked, “Portuguese wine has a very fruity character in the nose, but when it hits my palate, it dries right out.” A blend similar to the one above, this wine paired especially well with a dish of red wine-braised pork cheeks, becoming even bigger and spicier. It smelled of rich red fruit and vanilla, and though it tasted ripe and a bit sweet, plenty of white-pepper spice kept it balanced. Apparently its standard retail price is $9, which is just insane.

2013 Quinta do Casal Branco Tinto: If you like softer reds, such as Merlot or Grenache, this blend of Castelão, Cabernet Sauvignon, Touriga Nacional and Alicante Bouschet is for you. Made with grapes pressed by foot, this wine had a fresh and clean aroma of ripe red fruit, plenty of fruit on the palate mixed with some vanilla and a touch of white pepper. It had a much more velvety finish than the two reds above, and again, it’s a fine value for $12.

2011 Quinta da Lapa Tinto Reserva: You won’t find foot-treading at this thoroughly modern winery, and I can’t say I missed it. This blend of Touriga Nacional, Aragónez, Cabernet Sauvignon and Syrah was an absolute delight. It had a wonderfully dark plummy aroma and it tasted big and full. I loved the journey from rich fruit to big spice to some mocha on the finish. This was a wine with some depth, and it paired perfectly with the pork cheeks. The price of $25 may come as a shock, but considering the very high quality, it’s still an excellent value. I would spend my own money on this wine.

2011 Falua Conde de Vimioso Tinto Reserva: At $35, the most expensive wine of the bunch lived up to its relatively lofty price tag. Its rich, raisiny aroma sucked me right in, and again, it had that delightful rich-but-taut character I really enjoy. There was no shortage of fruit in this blend of Touriga Nacional, Cabernet Sauvignon, Syrah and Aragónez, but it had an elegant austerity emphasized by focused acids and refined tannins.

After this tasting, I won’t hesitate to snap up a wine from the Tejo when I see one. If I have a choice, I’ll look for a Fernão Pires varietal or a blend of Arinto and Fernão Pires, and red blends based on Touriga Nacional. They’re almost sure to be superlative values for the money.