The Spirit Of The Moment: Mezcal 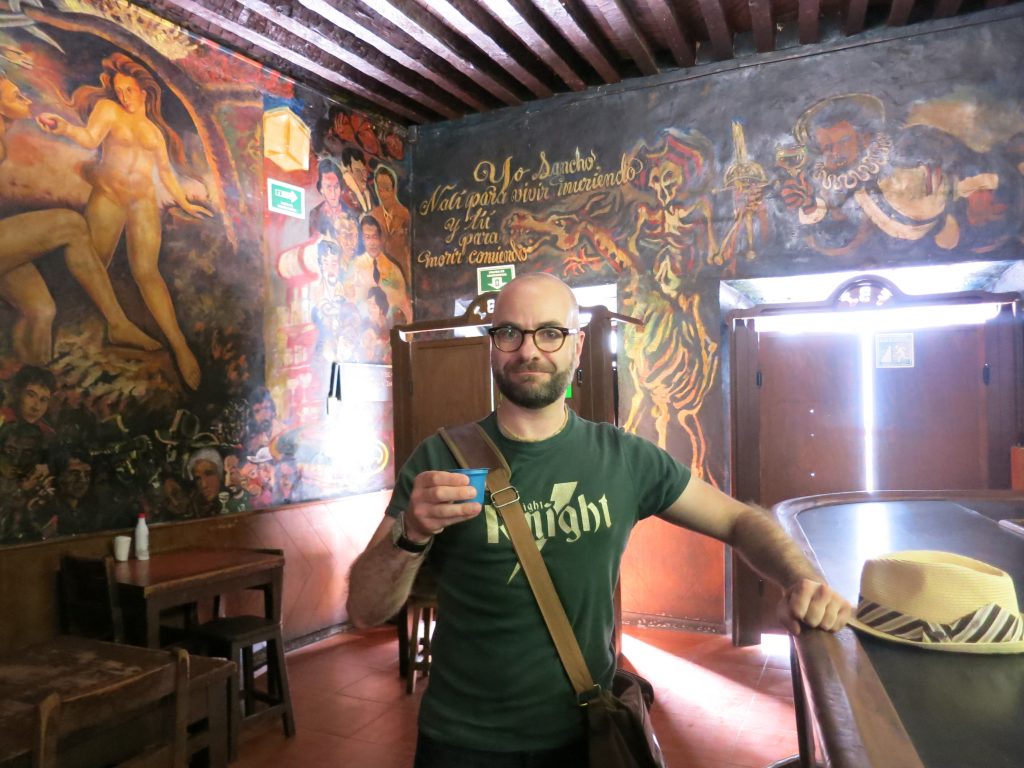 The author in a Guanajuato cantina, consuming mezcal in as manly a fashion as possible

Just a couple of years ago, finding more than a handful of mezcals on a bar menu in the United States was rare indeed. Even Mexicans sometimes seem a bit scared of this spirit. I’ll never forget how, when I ordered a shot at a traditional cantina in Guanajuato (the kind with a urinal next to the bar), the bartender first offered me mezcal flavored with mango or coconut! He and my guide both raised an eyebrow when I requested the real stuff, though perhaps that says more about my distinctly gringo appearance and less about mezcal.

Gringos, however, have recently begun to take quite a liking to mezcal. In fact, as of March, Chicago’s Logan Square neighborhood now has an official mezcal bar, Mezcaleria Las Flores, which has some 78 mezcals on its menu (including related spirits like sotol and raicilla). Those who find that selection too restricting should head instead to Leña Brava, Rick Bayless’s newest restaurant, which stocks a remarkable 112 different mezcals!

The rather sudden rise of mezcal may leave some readers wondering what the heck it is and what all the fuss is about. Mezcal is a sort of parent to tequila. But unlike that ubiquitous spirit, which can be made only from blue agave, mezcal can be made from just about any agave cactus variety. In addition, the piña, the heart of the agave plant from which mezcal is fermented and distilled, is roasted underground for about three days, whereas the piñas used for tequila are baked, not roasted. If tequila is like bourbon, mezcal is like scotch.

I love it. The flavor typically starts with something fruity, fresh and/or herbaceous before it moves to some warm, smokey spice reminiscent of Hungarian paprika. Sometimes it feels rustic, sometimes it feels refined, but it’s always exciting to drink. 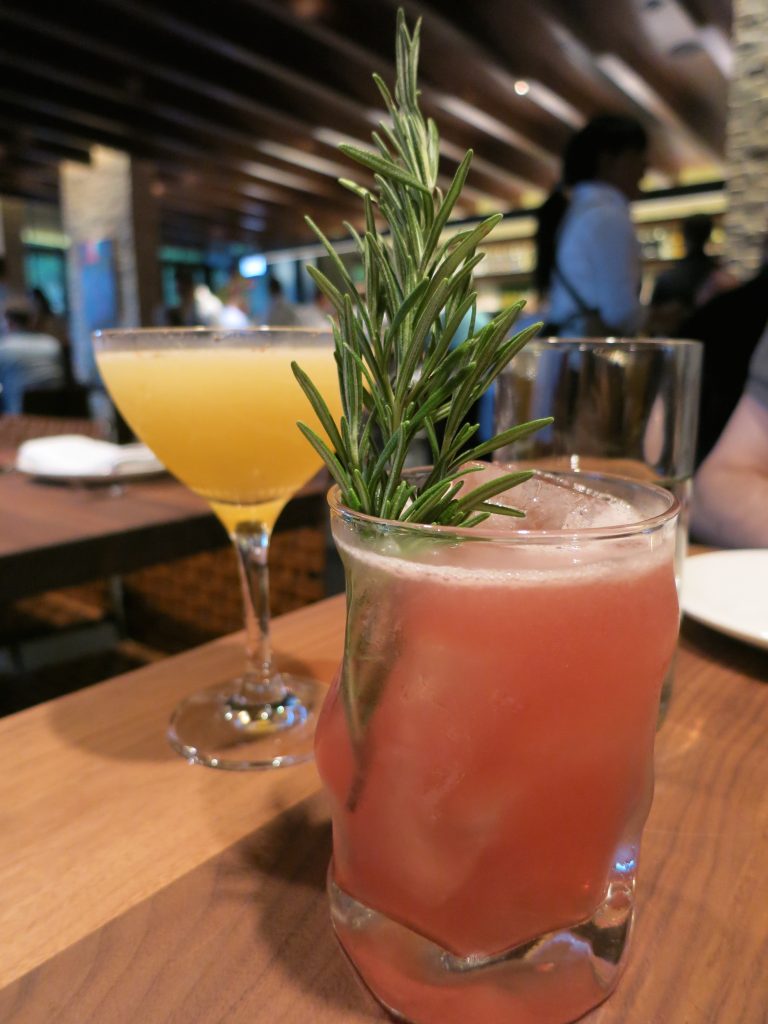 I consume mezcal most often neat, but like scotch, it can also work beautifully in certain cocktails. Leña Brava’s cocktail list contains seven mezcal-based drinks, for example, and on a visit last week, I had the chance to try two of them. I ordered a Monteromero, composed of Montelobos mezcal, crème de cassis, fresh lime juice, black pepper and a sprig of rosemary. What a delight — the complex, well-balanced cocktail combined sweet, smokey, herbaceous and citrusy flavors to great effect.

My friend Scott ordered a Leña Fire, a powerful combination of Leña Wahaka mezcal (the restaurant’s house mezcal), Ocho Sientos sotol (see my post about sotol here), Ancho Reyes chile liqueur, Yellow Chartreuse, Gran Torres orange liqueur and fresh lime. This veritable parade of high-proof spirits tasted bright, spicy, citrusy and very, very strong. A couple of sips was enough for me, but Scott had no trouble polishing it off. (Also see this post about a mezcal-based Negroni I had in Vienna a couple of years ago.)

Chef Bayless’s daughter, Lanie, acts as the restaurant’s mezcal sommelier, and she offered to pair glasses of mezcal with the five courses we had ordered. Fortunately, she anticipated our desire to leave the restaurant in a semi-coherent state and gave us half-size pours. Lanie knows her mezcals. Her suggestions were excellent, contrasting or emphasizing flavors in various dishes, just as well-considered wine pairings do.

Tasting the mezcals in rapid succession highlighted their distinct characters. The Vago mezcal had a lovely freshness to it, with a sweet cucumber note balancing the ample paprika spice. But the Wahaka Reposado Con Gusano (aged six months in oak barrels) tasted richer and rounder, with something of a mocha note under the spicy heat. “Con Gusano,” incidentally, means that the bottle has a worm in it. Adding an agave worm is “…a proven, age-old method for clarifying the radicals of the barrel while balancing the spirit’s overall flavor with notes of earth and salt,” according to Wahaka’s website.

Words like “spicy heat” and “worm” may make mezcal sound intimidating. But if you give it a try, I suspect you’ll be pleasantly surprised. I find it much more interesting than tequila, and its quality-to-price ratio is very much in the consumer’s favor. More and more bars carry it — if you see it on a spirits list, I highly recommend ordering a shot to pair with a cool appetizer or with a creamy or chocolatey dessert. And if you already like scotch, mezcal is an ideal summer alternative.